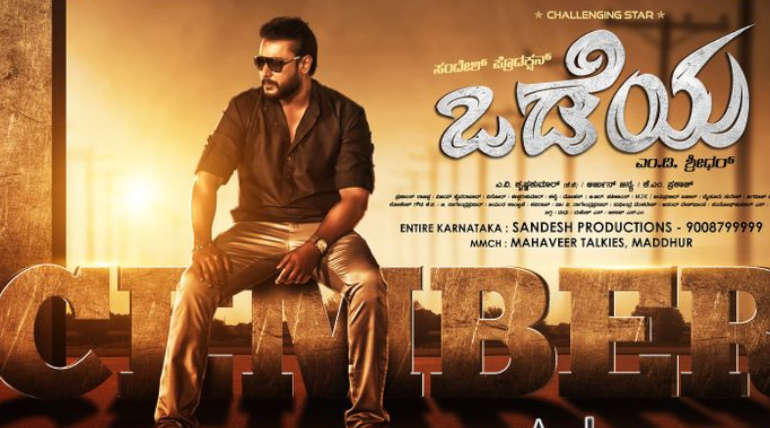 Odeya is a Kannada language film starring Darshan Thoogudeep, Sanah Thimmayyah, in the lead roles. The film Odeya is a remake of Thala Ajith's blockbuster Veeram co-starring Tammanah Bhatia, directed by the filmmaker Siruthai shiva in Tamil. Though the movie has already been remade in Telugu with Pawan Kalyan leading big screens in Katamarayudu pairing Shruthi Haasan in 2016, the action drama is now all set to delight the Kannada audience this December 12, 2019.

Popular star Darshan Thoogudeepa casts the role of Ajith Kumar in Odeya, directed by MD Sridhar bankrolled under the banner of Sandesh productions. Hitting the screens in almost all South Indian languages as a remake will be an ear-delight for the Thala fans all over the world despite the success of the story plot in the respective linguals.

Katamrayudu remade in Telugu does not reach the hype as it attained in Veeram but somehow managed the production collection as a success. Let us cross our fingers and see what the Kannada film industry has done with the remake of Veeram this week in theatres.

Following the blockbuster hit of Veeram in 2014, Thala Ajith has done three films Vedhalam, Viswaasam, and Vivegam with the Veeram director Siruthai Shiva continuously and collected box office in almost all except Vivegam.

Kannada movie Odeya is all set to release in 700 screens for the year-end celebration starring the lead actor in the Kannada industry. Despite revolving in all languages, Veeram is going more bigger in the remake to hit the Bollywood silver screens.

Sources reveal that Bollywood superstar Akshay Kumar will be starring in the upcoming remake film titled Bachchan Pandey pairing Kriti Sanon under the direction of Farhad Samji scheduled to release on December 2020.