Naadodigal 2 Shooting Is In Brisk Space 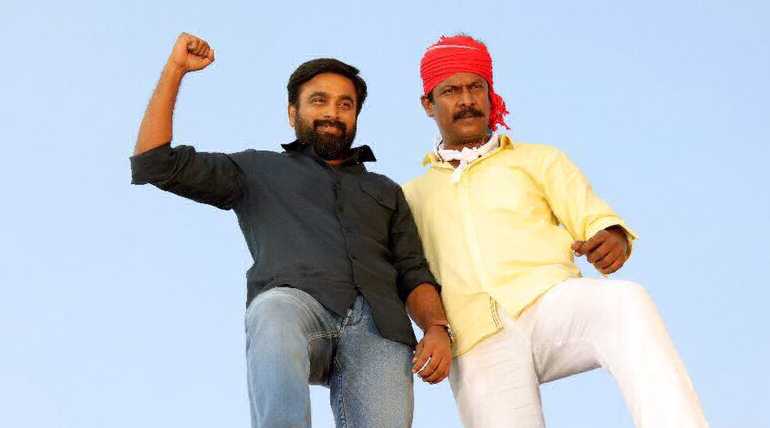 The much acclaimed Naadodigal sequel is in brisk space of shoot in and around Madurai. Samuthirakani who directed the first installment is helming the sequel too with Sasikumar in lead. Samuthirakani is also playing the key role in this flick. Naadodigal 2 has Anjali and Athulya Ravi in female lead roles.

Sasikumar recently had remained the song from the first part which was been very popular and pulled the audience to theatres. It is 'Samboo Siva Samboo' song about friendship that had the unique visualization. Sasikumar shared "Nadodigal2 #à®¨à®Ÿà¯à®ªà¯‡ à®œà¯†à®¯à®¿à®•à¯à®•à®Ÿà¯à®Ÿà¯à®®à¯ #à®šà®®à¯à®ªà¯‹ à®šà®¿à®µ à®šà®®à¯à®ªà¯‹".

The current shooting is happening at Kodaikanal. Even in the tough mist climate, the team is canning the shooting. The movie will be casting MS Bhaskar, Bharani, Thulasi, Sri Ranjani, Namo Narayanan and others in supporting roles.

The title fist look of the film was released by actor Siddharth. The first look and teaser can be expected at the final stage of the shooting. The team is gearing up the Kodaikanal and Madurai schedule. Next they planned to shoot at Chennai and other areas.

Athulya Ravi is working with Kani for the 2nd time after Yemaali. Athulya shared her first day experience on the set on her twitter handle. She texted "Wow really an energetic experience in first day of shoot #Naadodigal2   love this look without makeup   my fav   tqq so much @thondankani sir Nd @SasikumarDir Nd it was was lovely work with @yoursanjali ur such a lovely girl   sambo Siva sambo gang â¤ï¸"


Naadodigal 2 Shooting Is In Brisk Space