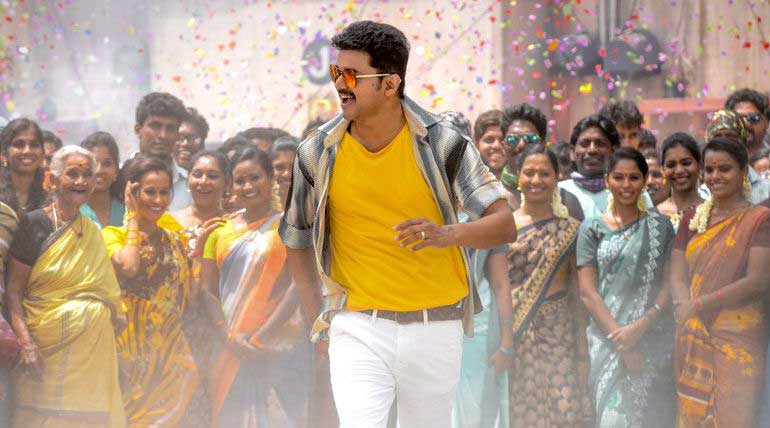 â€˜Thalapathyâ€™ Vijay starring Mersal was released today in theatres worldwide. It has been screened at early morning shows in several theatres across the state. Fans celebrated the movie release with firing crackers and music band in front of theatres.

Meanwhile the film is receiving positive reviews from audience, critics and celebrities who are watching the show. Many of them wished grand success to the film release. Directed by Atlee and produced by Thenandal Films, the film has Vijay in triple roles and three heroines Nithya Menen, Samantha and Kajal Aggarwal. AR Rahman music is expected to be one of the highlights in the film.