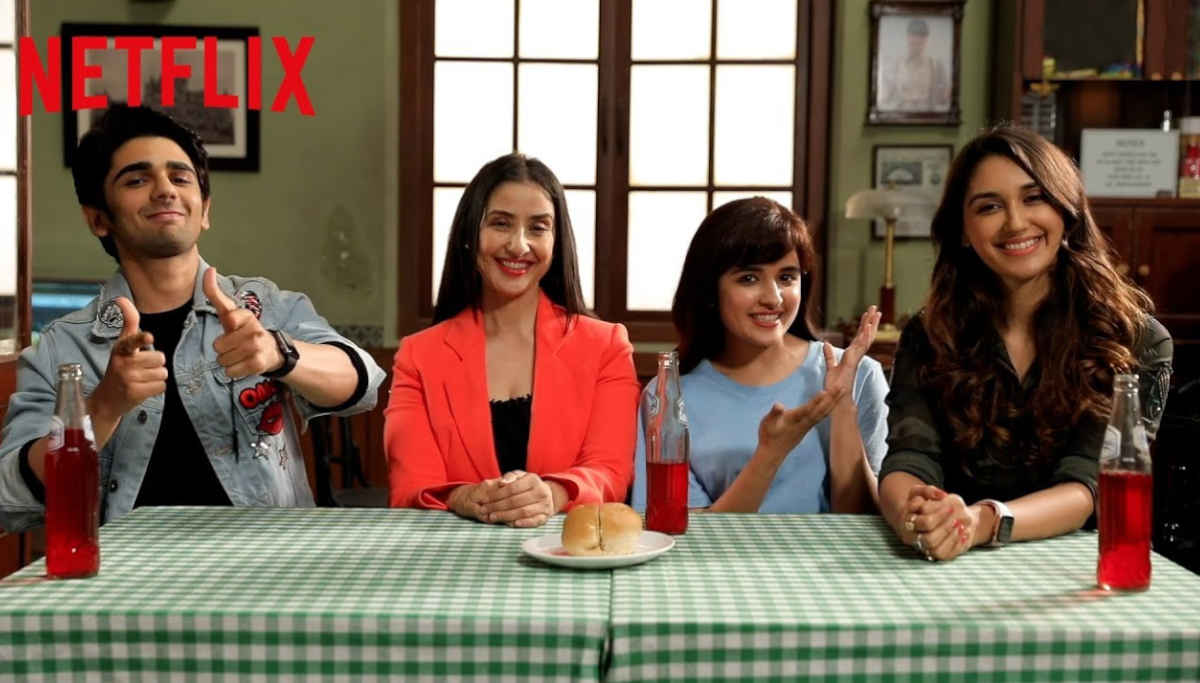 The upcoming Indian Netflix film Maska and its team have come up with the streaming date, trailer, and new cast updates of the series. The update includes Maska's original series starting from March 27 with the new addition of Javed Jaffrey and Boman Irani to play roles in the Parsi boy's life race.

Several streaming partners like Netflix, Amazon are ruling the internet world now with exclusives, originals, and movies among the media freaks. Whatever the situation, it has become that, one cannot handle without web series in the present generation, and the number increases day by day for the viewers with new content satisfying every audience to stream their choice.

Manisha Koirala has been witnessed in Netflix streamer's previous anthology series Lust stories and after Maska, the coming of age heroine us going to star in Netflix film Freedom directed by Dibakar Banerjee.

Every streaming platform writes a short glimpse about the film for the viewers' convenience, and Maska film quotes the following lines as a synopsis, Believing in the adage, 'Success comes to those who dare to dream.' A confused young millennial sets out on a desperate journey to fulfill his fantasy of becoming a movie star until a summer romance with a clear-headed girl helps him discover the fine line between dreams and delusions.

Maska series releases this March 27 with the cast decking up the following roles, namely Prit Kamani(as Rumi), a Mumbai Parsi boy whose story is Maska all about. Apart from this, it also co-stars Manisha Koirala as Diana(Mother of Rumi), Nikkita Dutta as Mallika Chopra(girlfriend of Rumi), and Shirley Setia as Persis.

Let us witness the Maska magic coming March 27 only on Netflix and retweet whether Manisha Koirala's look suits her as a coming of age mother in Maska.