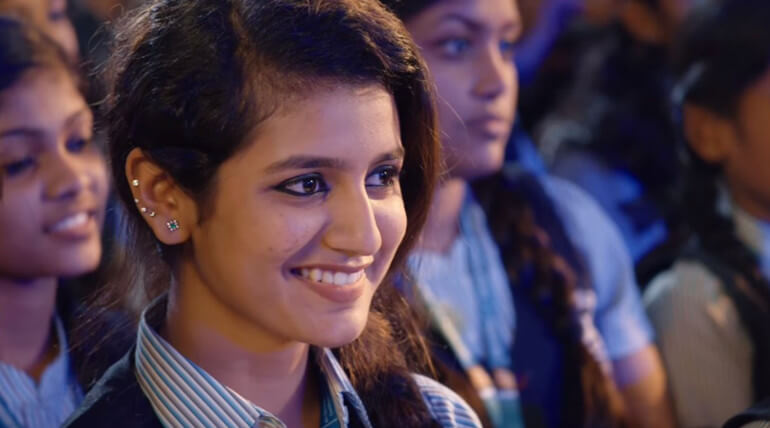 An upcoming Malayalam movie which has several new comers is written and directed by Omar Lulu. The movie's single Manikya Malaraya Poovi song video had gone viral on the net. The expressions of the every cast in the song are so cute and admired by the audience. Particularly the debutante girl Priya Prakash Varrier covers the young boys' heart with her cute expressions.

It is a love romantic breezy melody from composed by Thalassery K Refeeque which is revisited by musician Shaan Rahman. The movie is produced under the banner Ousepachan Movie House. The song was crooned by Vineeth Sreenivasan. The song is considered as the best Valentine's Day gift for real lovers.

The songs show the glimpse of the boys and girls looking each other at school function. The director has captured the best expressions of the girls in the songs which gone viral. The song video is nearing 5 million hits in 2 days of release.

Omar Lulu, made his debut Happy Wedding in 2016 and 'Oru Adaar Love is his 3rd project after Chunkzz in 2017. His first movie was critically acclaimed and received positive reviews, but his 2nd one got mixed responses and some negative reviews too.