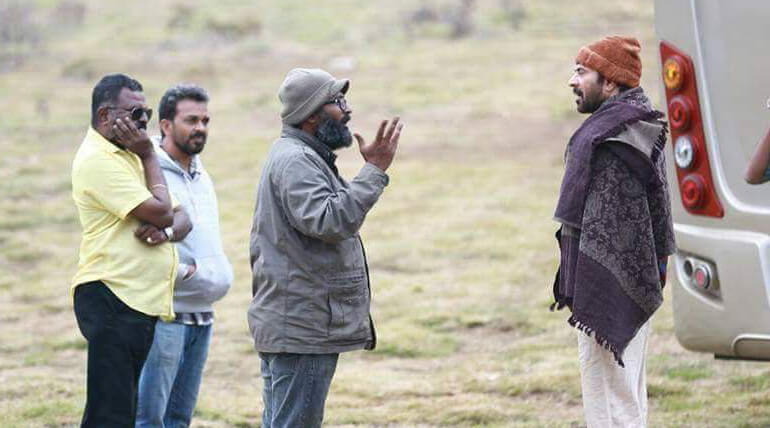 'Kattradhu Thamizh' and 'Thanga Meengal' fame Ram directed Peranbu will be screened at 47th International Film Festival Rotter dam which will be held between 24 jan 2018 - 4 feb 2018. The movie received overwhelming responses from the audience in the special show for the celebrities. It features mega star Mammootty and Anjali, Anjali Ameer in main leads while Sadhana and Samuthirakani in important roles.

Yuvan Shankar Raja had scored music and Theni Eswar handled camera for this movie. The 30 minutes of the film was screened and had great reviews.

Dhananjayan Govind of Bofta and producer gave the rave report about the movie. He shared "Saw Director Ram sir's #Peranbu (around 30 minutes). I am so emotionally moved & touched by the way he narrated the life of a father & his daughter. As a proud father of two daughters, every second of the film is so meaningful. Going to be a proud addition to Tamil Cinema soon"

He also added "Many thanks to @mammukka sir for doing Director Ram's #Peranbu...he is simply great & marvellous in the film as a responsible father. Cannot imagine anyone else adding so much texture & finesse to this role. Waiting to see the full film soon. Pride of Tamil Cinema on the way"

The ace performer Mammooty essays the role of middle class father and taxi driver. It is bankrolled by PL Thenappan and supposed to theatres this year. Ram's Taramani was also screened at this festival last year and received amazing responses. Anjali Ameer in this movie who is one of the leads is a popular transgender and she is recommended by Mammooty for the role after seeing her pictures in popular magazine.

Meantime, the 66-year-old Malayalam superstar has the movies lined up and has signed a new movie recently. Streetlights and Parole is gearing up to hit theatres while his Maamaakam, will go on floors in February.