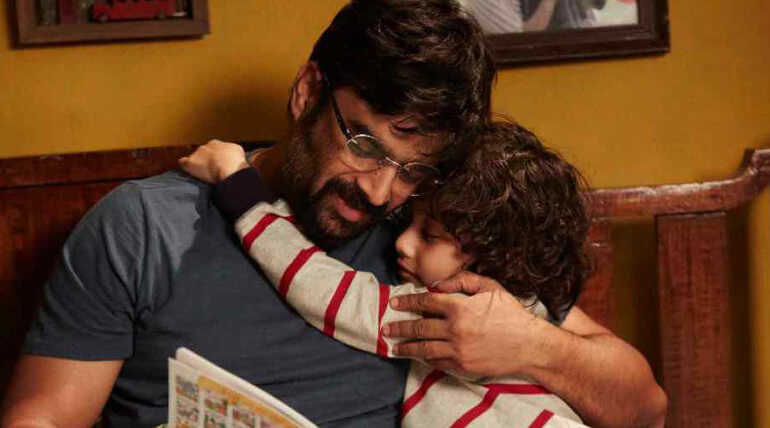 The successful actor Madhavan's first web series 'Breathe' is going gaga over the net. After the block buster Vikram Vedha, Maddy is back to entertain his fans but now in the small screen. His Breathe web series gets amazing responses from audience.

Madhavan will be seen as the loving father Danny Mascarenhas of six-years-old boy Kabir. The series show how far one will go to protect the one he loves. Produced by Abundantia Entertainment associated with Amazon Studios, it features Amit Sadh, Hrishikesh Joshi, Sapna Pabbi, Atharva Vishwakarma and Neena Kulkarni in lead roles.

Written and Directed by Mayank V Sharma, so far 4 episodes have been published on the Republic Day. Madhavan is seen as a lovable father and decided to go to any extent to save his boy who is suffering from rare lung disease. He is planning to kill the person with AB -ve group blood to save his child.

The series is receiving outstanding responses from the netizens.

Watched the First episode of #BreatheOnAmazon loved it Totally maddy killed it... amazing acting by @ActorMadhavan and @TheAmitSadh ... so i need an accout to watch all episodes?i m very excited pls tell me guys how can i watch all 4 episodes?#Breathe @BreatheAmazon

#Breathe ..finished watching all the 4 episodes.. Top notch performance from Madhavan...@ActorMadhavan .. Can't wait for the next episodeðŸ˜Ž

#Breathe.. Such a masterstroke by @ActorMadhavan & Amit Sadh.

Loved each and every part of it.. The thrilling story of 2 fathers. pic.twitter.com/7oskRnZwlg

Its great to see big actors like @ActorMadhavan come to the small screen and give great content. #Breathe 4 episodes wereðŸ‘Œ Please tell me when the next episodes are out!

#Breathe Episode 1 is Absolutely killer. @ActorMadhavan can only pull this off. SO I'M GOING TO BREATH ALL THE 5 EPISODES THIS REPUBLIC DAY AT ONE GO.

Completed all 4 episodes in season 1, @ActorMadhavan @BreatheAmazon #Breathe waiting for next season. Very well made.. @TheAmitSadh

Oh my god @ActorMadhavan's voice in the Tamizh version of #Breathe destroyed all the hype in me to watch the series. Can't believe this. What a poor choice @amazonIN