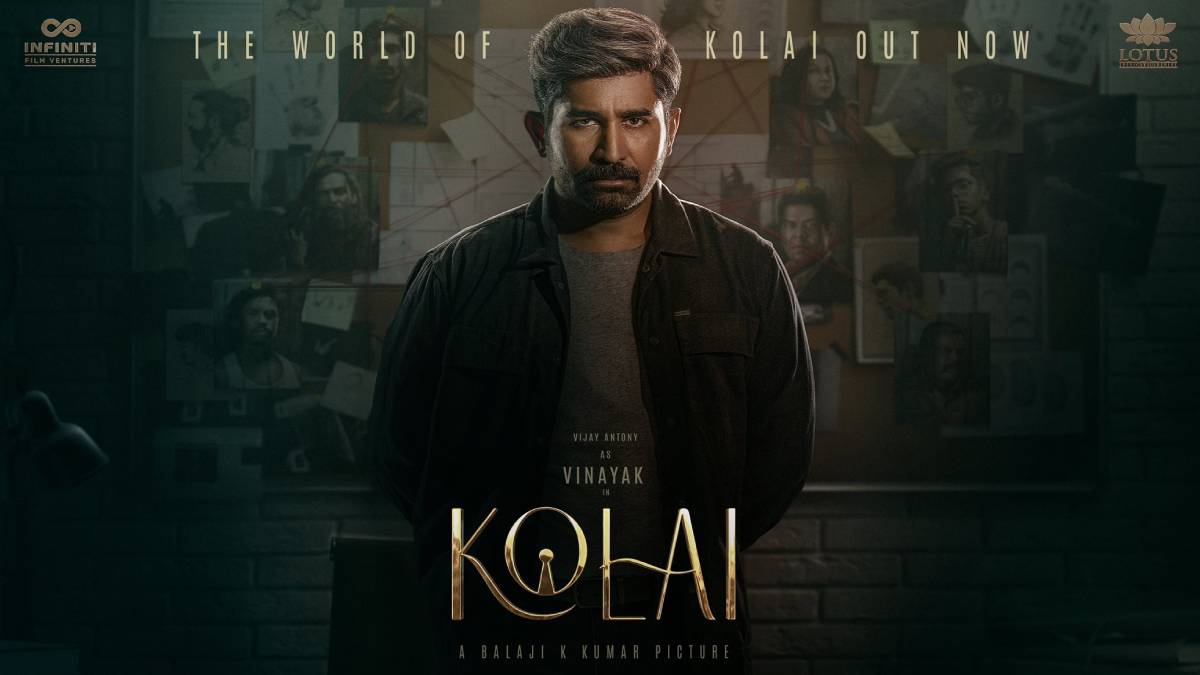 Vijay Antony is currently acting in the movie Kolai. Kolai is an upcoming Tamil movie directed by Balaji Kumar. This movie is coming out as a crime thriller movie. 'Kolai' is produced by Infinity & Lotus Productions.

Sivakumar Vijayan has done the cinematography for this film with the editing support of Selva RK. Music composed by Girish Gopalakrishnan. The recently released first-look poster of this film has gathered a good response. In this case, the film crew has released Kolai Official Motion Poster. This video has gathered the attention of fans on social media.


Enter the World of #Kolai #Hatya with Detective Vinayak