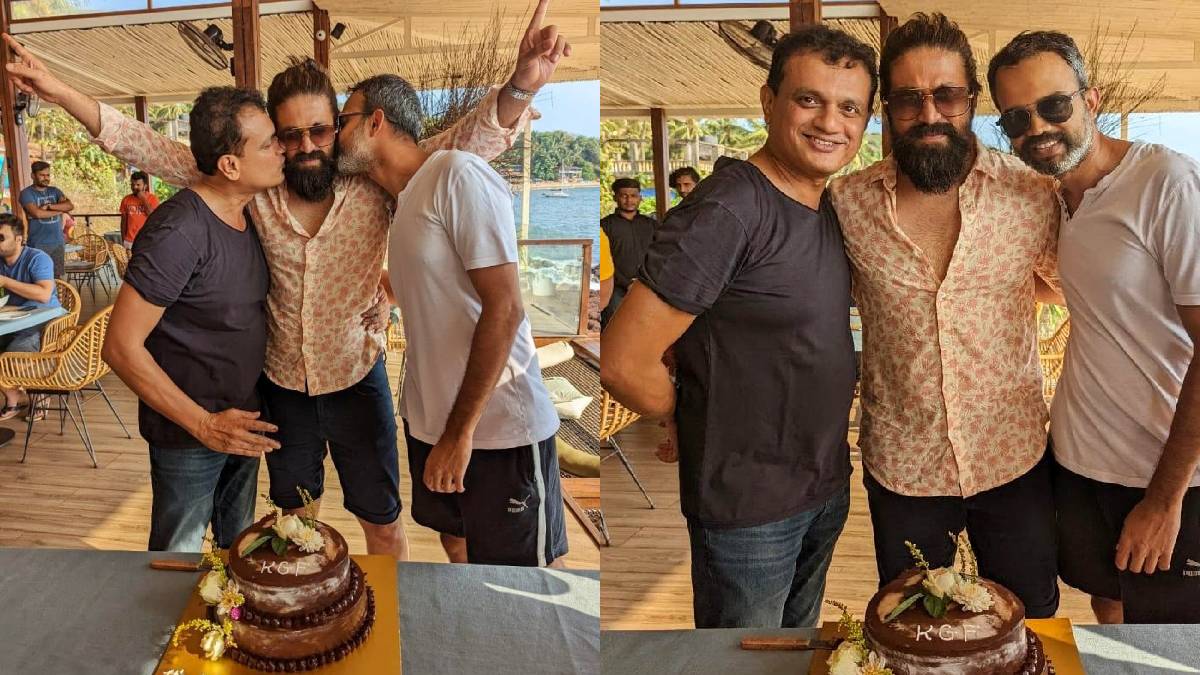 Meanwhile, the KGF film crew is celebrating the movie's huge success by cutting a cake in Goa. These photos are currently going viral on the social website.