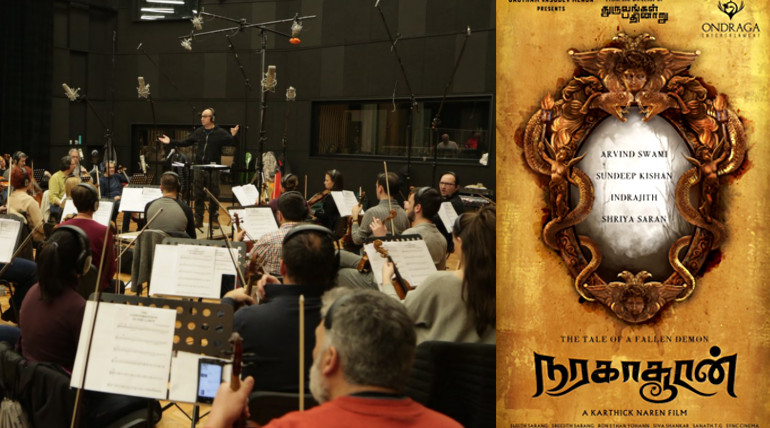 The upcoming thriller drama Naragasooran which is being helmed by 'Dhuruvangal Pathinaaru' director Karthick Naren is in final stage of post production works and nearing the completion.

The shoot of the movie was wrapped up in short period as per the schedules. The ace film maker Gautham Vasudev Menon is producing the film under his banner Ondraga Entertainment.

Maya, Iravaa Kaalam, Oppam and Sigai musician Ron Ethan Yohaan is scoring music for this project. The director said composer had come up with soulful sound tracks. They had symphony orchestra at Macedonia for the movie. He also added the film is nearing the completion.

The movie features Arvind Swamy, Sundeep Kishan, Shriya Saran, Aathmika and Indrajith Sukumaran in key roles. The movie is said to be a 2nd installment of Trilogy thriller and belongs to D16 universe.

Meantime Karthick Naren had earlier announced that he had signed his 3rd venture and details will be revealed soon. Naragasooran team is aiming to release the movie on March this year. The teaser looks promising that earned great responses.