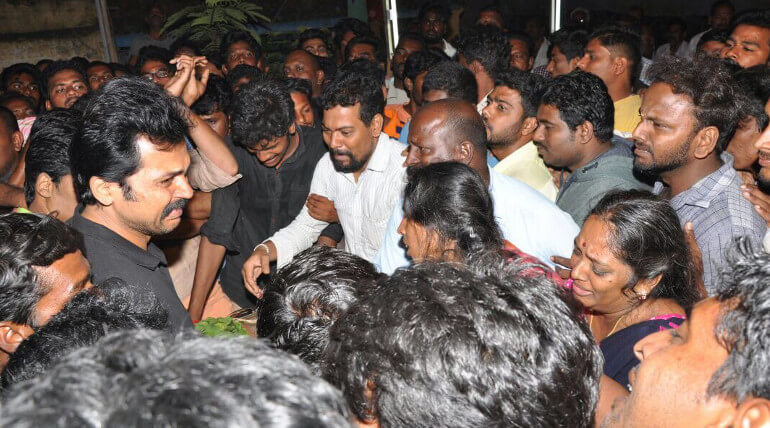 Karthi paid last respects to his fan Jeevankumar died in car accident on Tuesday. He rushed to Thiruvannamalai yesterday, paid garland tribute to his fan and tried to console his family members. Karthi breaks down with tears while paying the final respect.

Jeevankmar aged 27 was the General Secretary of Karthi fans welfare association of Thiruvannamalai district. He got married 3 months ago and the whole family and friends was shocked on this incident.

The accident occurred in Tambaram - Irumpuliyur flyover and Jeevan's friend Dinesh was also died while 2 others admitted in hospital in critical condition.