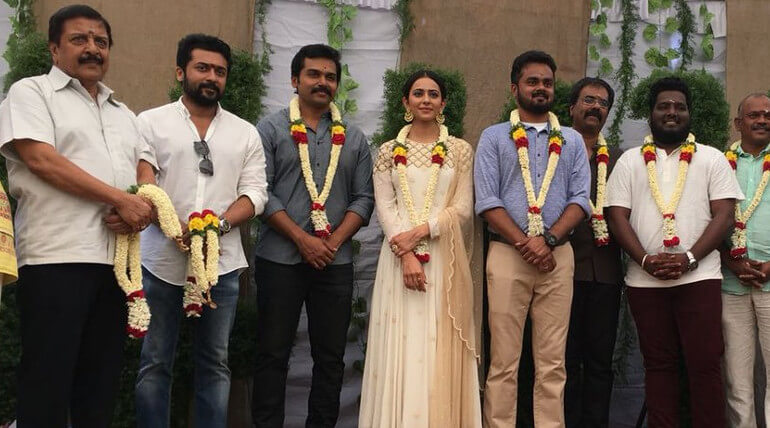 Paruthiveeran Karthi is now rolled up for his next big project. This is the 17th project of Karthi produced by Reliance Entertainment and Prince Pictures. The reports from the official source confirmed that the unnamed project had again locked Rakul Preet Singh as Karthi's pair role after "Theeran Adhigaram Ondru".

The project has been officially started on Saturday, March 3, 2018, with invocation and blessings of actor Suriya and actor Siva Kumar. The project officials have not expressed any specifics of the project's cast and crews. However, few of its details have been leaked out in some way. The leaked reports suggesting actor Prakash Raj, actress Ramya Krishnan and Navarasa Nayagan Karthi in a pivot role.

The project headed by Rajath Ravishankar a debut director, Harris Jayaraj is roped for music, Velraj taking care of Photography and Antony L Ruben for Editing.

Some reports confirm that the project had chosen European and Himalayan regions for its shoot locations. Is this any adventure type project which Karthi had chosen for the first time?  If the answer is yes, we can consider Karthi is expecting to prove something peculiar from Karthi 17.


Karthi 17 Started Up Officially With Invocation