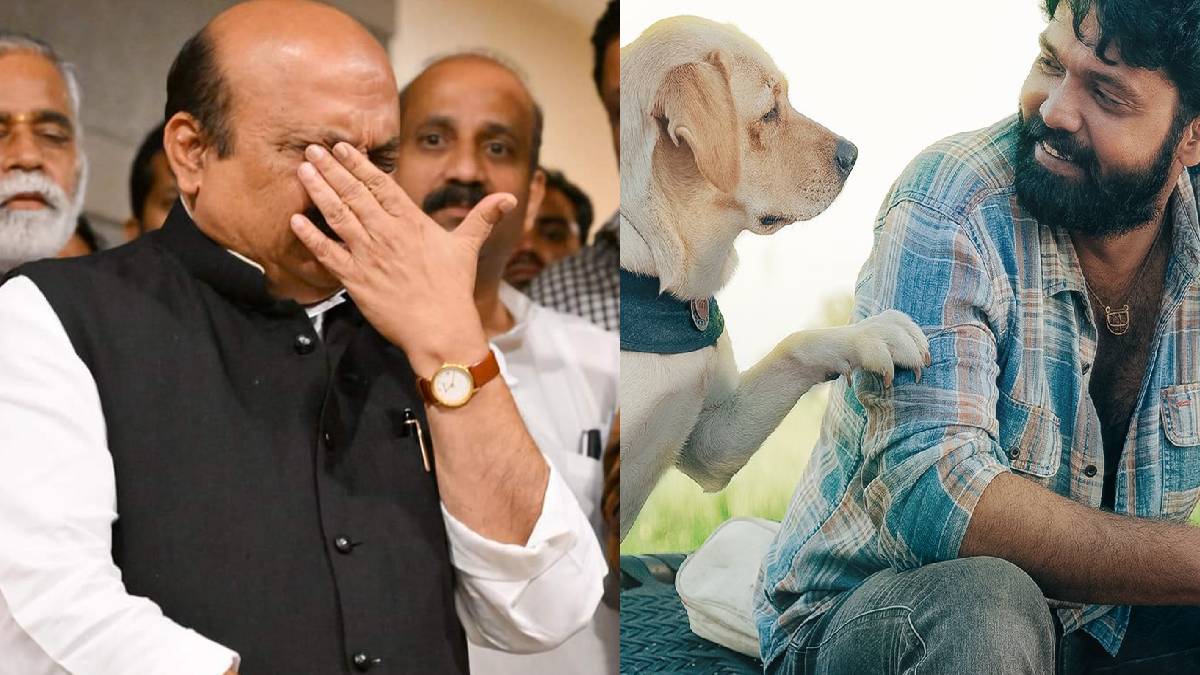 Rakshit Shetty, who is a leading actor in the Kannada film industry, has acted in '777 Charlie' directed by Kiran Raj. 777 Charlie was released in Tamil, Telugu, Kannada, and other languages. The film has been well-received, revealing the relationship between a dog and a young man. The film has been praised by many, as it depicts the unconditional love of the Dog towards the human.

Every dog lover will cry once they watch the film because the connection is so deep. Many heart-touching screens are projected in the film 777 Charlie. In this situation, the Karnataka Chief Minister cried when he saw the film. Chief Minister Basavaraj, who saw the movie 777 Charlie in the theatre, has been crying over the death of his pet dog. Photos related to this are currently going viral on social media.

After watching the film, when speaking to the media, Chief Minister Basavaraj said, "There are a lot of movies about dogs. But, this movie binds our emotions with our pets. The movie is good. Everyone should definitely watch. Dog love is unconditional love, and it is pure."