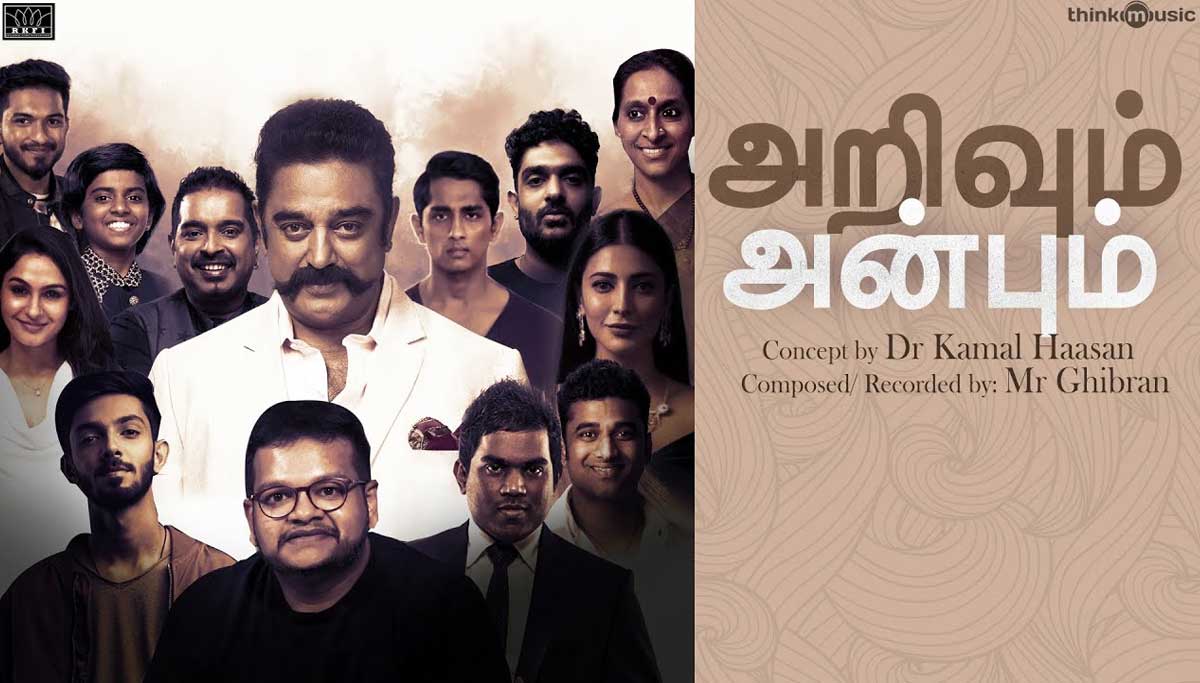 Actor Kamal Haasan has been making various comments about coronation prevention from the very beginning. He has also released various videos to raise awareness of the disease. Now Raj Kamal productions have released an awareness song for the contagious CoVid-19 sticking for months in the world.

In addition, many movie stars are releasing the video. Celebrities have been advising people not to get out of the house, wear a mask and wash their hands.

Currently, Ulaganayagan Kamal has penned a song under Gibran's composition Gibran, and surprisingly the new song has been sung by leading composers and singers in the Tamil cinema industry.

Despite several issues, the new song Arivum Anbum is a tie-breaker between the CoVid and the unaware people who are still roaming around in the public places. And this effort of Kamal and singers gives immense hope to the common public in this much needed contagious outbreak.

To be specific, "Arivum Anbum" has been sung by Yuvan Shankar Raja, Anirudh Ravichander, Andrea Jeremiah, Sid Sriram, Siddharth, Shruti Hassan, Devi Sri Prasad, Shankar Mahadevan, Mugen Rao and many others playback vocalists. All the singers have sung the video from their homes to support Kamal Hasan's initiative and Ulaganaygan thanked everyone for the immense acceptance.

The song lyrics highlight mainly the love and affection shown to and by individuals are more valuable than anything around the world. Arivum Anbum video has been out now and Raj Kamal productions have nailed it with a social message video of people roaming in groups along with the sufferings of the common public amidst lockdown.

However, Gibran's musical melody is soothening the ears abundantly with every meaningful lyrics of Kamal Hasan.