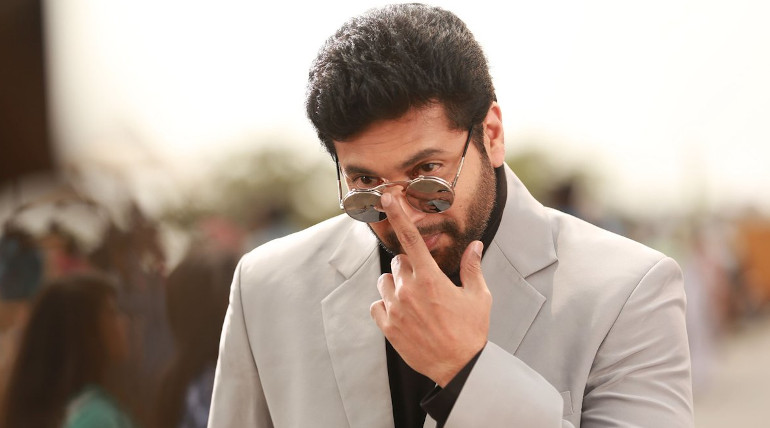 Jayam Ravi's upcoming Comali movie is being directed by debutante Pradeep Ranganathan and produced by Vels Film International. Kajal Aggarwal is pairing with Ravi in this film while Hiphop Aadhi is scoring music. After Thani Oruvan, Hiphop Tamizha is working with Ravi for the second time and the lyrics are penned by Kabilan Vairamuthu. Richard M Nathan of Vanakkam Chennai fame is handling camera.

The movie is all set to release on coming August 15th. The actor took his social media page and shared this information. The movie also has another female lead Samyuktha Hedge. Yogi Babu is playing the key role in it. Jayam Ravi was last seen in Adanga Maru last year and in cameo appearance in Thumbaa this year. He is now coming up with 24th project which is a comedy entertainer Comali.

This is a brave decision taken by the producer to slate the movie on the busy Independence Day weekend as several big movie are queued up. The movie is about to clash with Prabha's high budget much expected movie Saaho. Meanwhile Ajith's 59th movie Neerkonda Paarvai is also slated for August 10th.

It is speculated that Ravi will have 9 different getup and within that 6 will be main. It is reported to be a full family entertainer. The team had released HD stills of the film and singles for the promo. Ravi is currently busy on his untitled 25th film which is being directed by Bogan and Romeo Juliet fame Lakshman.