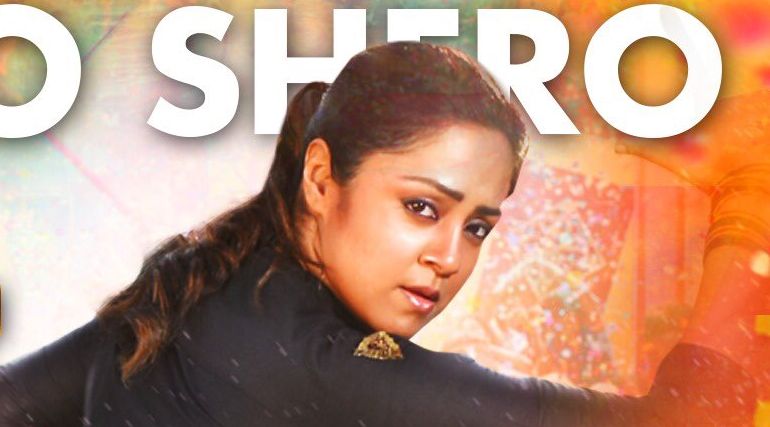 Suriya just now shared the video song from Jyothika starring Jackpot movie that is all set for release on August 2nd. The audio launch of the movie happened 2 days ago where actor Suriya had praised his wife as his Jackpot.

The lyrical video was released earlier, now the full video song was shared by Suriya on his social media page. The video has the yesteryear heroine Revathi dancing with Jyothika. Revathi who is known as the best dancer and best actress is onboard with Jyothika for this song.

Suriya texted "Once a Tigress always a Tigress!! #jyotika Honoured to have #Revathi mam onboard.."

As Suriya said Revathi is rocking in this song with her dance and expressions. The movie has Revathi as a veterinary doctor and Jyothika to play a cop role. Samuthirakani, Anandraj, Rajendran and Mansoor Ali Khan also cast in the key roles in the film. Vishal Chandrasekar tunes the music and Anand Kumar handles Camera.

This comedy-drama directed by Gulebakavali fame Kalyaan and produced by Suriya under 2D Entertainment had received U certificate.