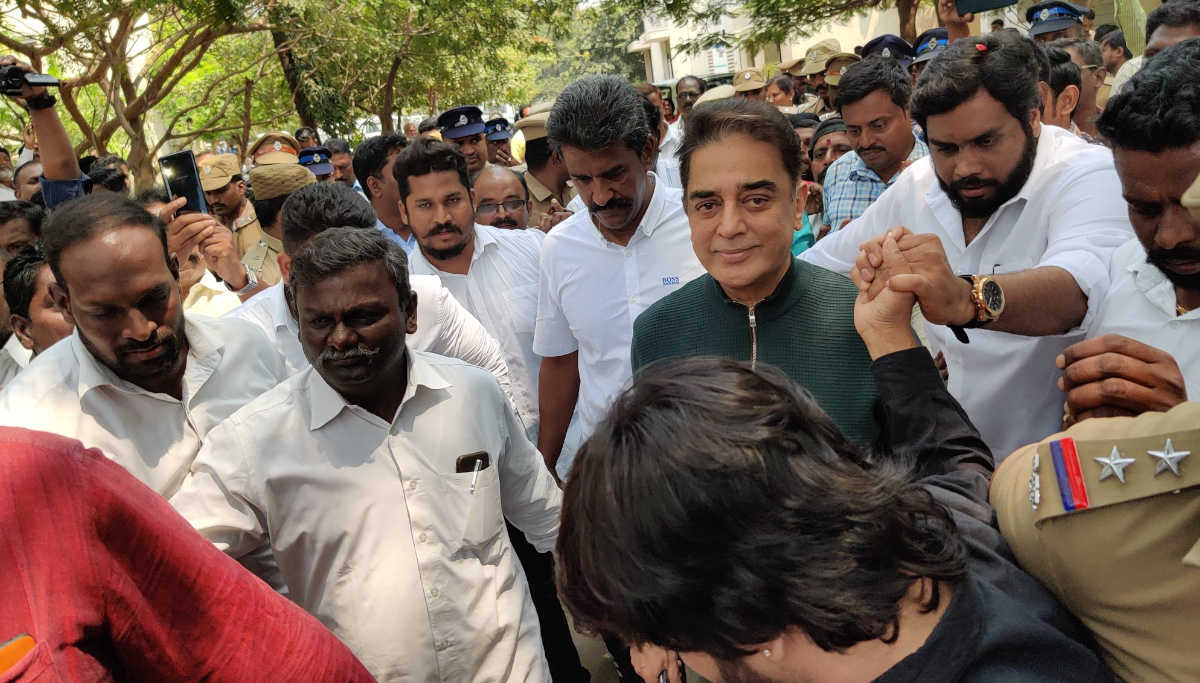 After two and a half hours of investigation by the Centra Crime Branch, Kamal spoke to the Press in Chennai. Kamal said that he had given his version of the Indian 2 film accident as far as he knows to the police officers. But due to too much commotion from the reporters, Kamal left without answering any questions from the reporters.

Today from the morning, not only Tamil Nadu media but all of the Indian media were focusing on the investigation of Kamal by the CCB police. It was to question him about what he knew to be the cause of the crane crash accident that killed three and injured nine in the Indian 2 shooting spot. The police have filed a case of negligence causing death. Already seven persons, including the director Shankar, were previously investigated by the police.

Kamal Haasan came to the police commissioner's office building in Vepery, Chennai, today morning as summoned by them. He was questioned for nearly two and a half hours by the CCB officials. After completing the questioning, he came out and met the Press. He said that he had told the police officials what he knew about the accident. And, he also said that soon there is a meeting with the film fraternity. It will be about taking the necessary steps to avoid any such accidents in the future.


Indian 2 Accident: What Kamal Haasan Said in the Police Investigation?