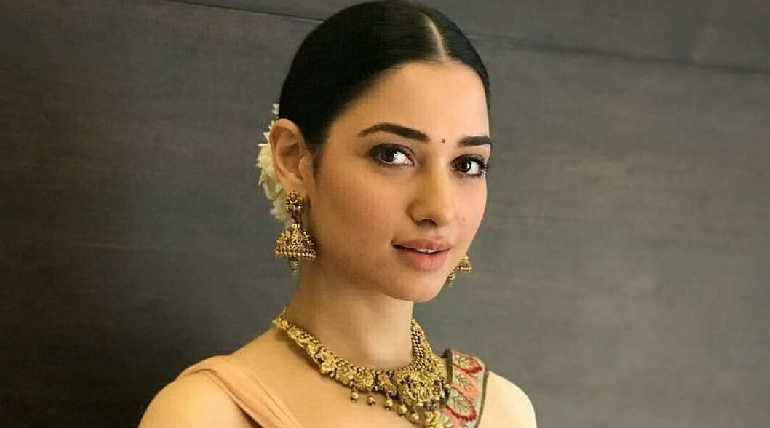 A shocking video was going viral on the net which shows a man throwing shoe on the popular actress Tamannaah Bhatia who was on the stage. The Baahubali actress had participated in inauguration event of a Jewell shop in Hyderabad. When she was meeting her fans outside the shop, a man thrown footwear to hit the actress but it was missed and hit some other.

According to the report, the shoe had hit one of the jewell shop employees. A man who threw footwear is identified as Karimullah, BTech graduate, and a resident of Musheerabad. He was detained by the police immediately and in an inquiry they found, the man had no intention but as per his statement, he was frustrated over the roles she played in Tollywood films recently.

Her recent Telugu films include the block buster Abhinetri, Baahubali 2, Jai Lava Kusa and Sketch (dubbed version). Her upcoming movies are Naa Nuvve, Queen Once Again, ABC (Marathi), Khamoshi (Hindi) and untitled Kunal Kohi project. She was critically acclaimed for her dance in Devi and decent performance in her recent Tamil movies Thozha and Dharmadurai.

'Devi' actress at the age of 15 she had done a lead role in 'Chand Sa Roshan Chehra' Hindi movie. He had also made Tollywood debut 'Sri' in the same year and then Tamil movie Kedi. Her first successful movie was Kalloori where she essayed the role of college student.