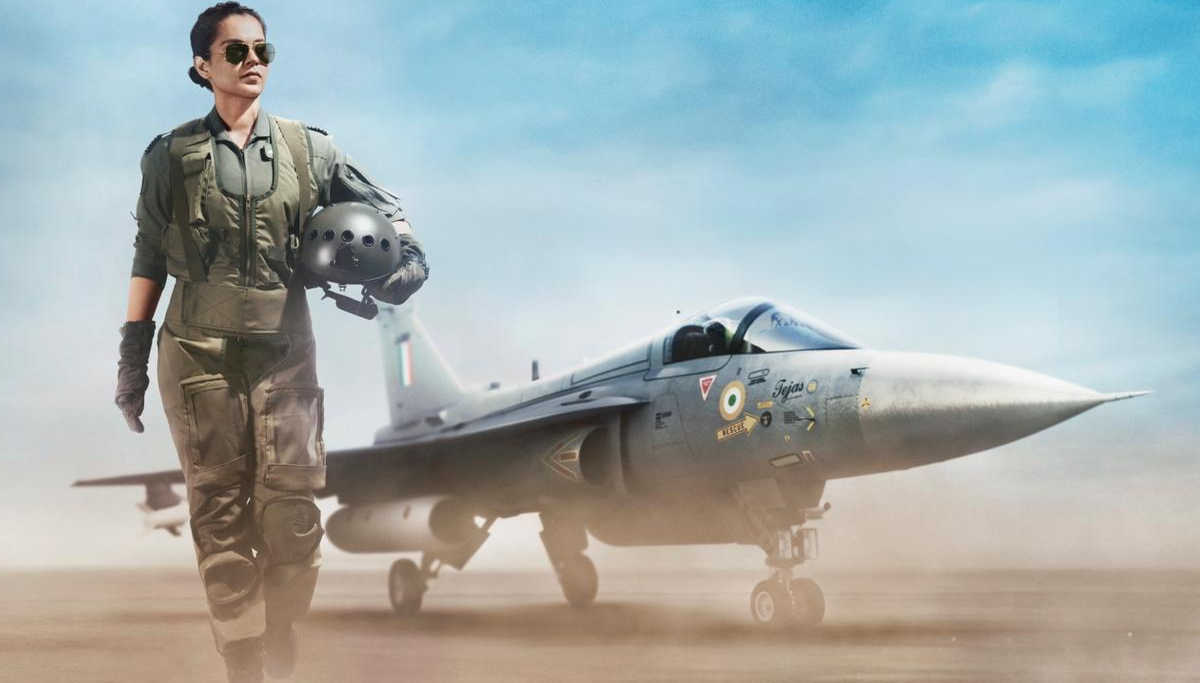 Kangana Ranaut's Tejas First look is out now: The hero women Kangana Ranaut is back with her big look following her next film's announcement in January. The foreign return Indian actress has already set her name big through her acting career in Bollywood.

The official team of Kangana Ranaut came up with an intriguing post of the top actress's next Tejas directed by Sarvesh Mewara under the production of Ronnie Screwvala.

"For all the brave-hearted and strong-headed women in Uniform who make sacrifices for our nation day in and day out... Kangana will play an air force pilot in her next movie, titled - TEJAS".

Tejas film starring Kangana Ranaut in the lead role made their announcement in January, and the team revealed the bold Indian airforce pilot look of Kangana walking all way from the fighter plane in the runway.

Though Kangana Ranaut has proved herself starring in many epic films in Bollywood despite losing hope for her appearance in the initial stages of her career, breaking the myth of being beautiful to pursue in filming.

Kangana Ranaut opened up about her dream and fascination with doing an armed forces role since her childhood. And it attained reality now after ages via Tejas.

Designed by Aeronautical Development Agency and Hindustan Aeronautics Limited, Tejas is a fighter plane for the Indian Air Force and the Indian Navy. It is the smallest and lightest multi-role supersonic fighter aircraft, as mentioned on the government website of Tejas. Kangana Ranaut thanked producer Ronnie and director Sarvesh for choosing her in their film's lead role.

After screening in the silver screens in Panga this year, Kangana Ranaut is all set and engaged in a few more films like Thalaivi and Dhaakad. Thalaivi is an upcoming Kollywood film directed by A.L.Vijay, starring Kangana Ranaut to play the late and former CM J. Jayalalitha's biopic. Apart from it, the bold actress stars in Razneesh Ghai's direction Dhaakad in completely different Avatar with a look of armed Guns and machines.