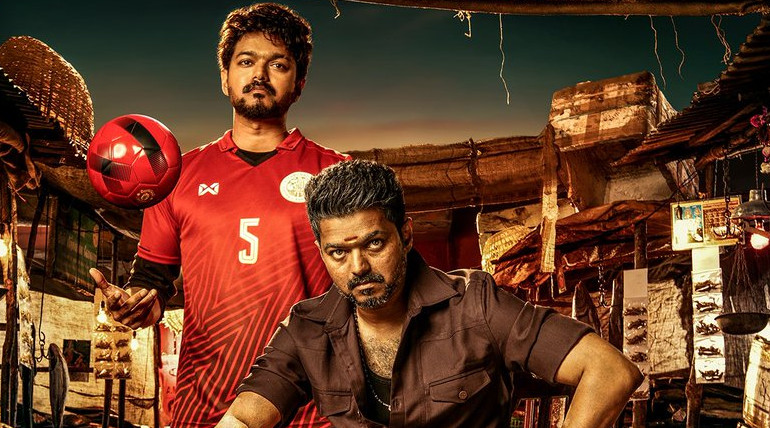 The most expensive project of Vijay's upcoming Bigil is gearing up with post production works. Now the producer Archana Kalpathi of AGS Entertainment shared happy information to all Vijay Fans about an exclusive update that is coming up today at 6:00 pm. She also shared this update is not above single, teaser, trailer, audio launch date and release date. Fans started to guess what it will be.

As per reports, the producer to join again with Vijay for his next that is tentatively called Thalapathy 64. It is guessed that Vijay had signed with them to join with director Shankar for this project that to be produced under AGS Entertainment. Shankar's much awaited Indian 2 with Kamal Haasan is reported to be stalled due to various reasons that is being produced by Lyca Entertainment. Lyca's another project with Shankar named Pulikesi 2 was also stalled earlier.

This movie is said to be Shankar's Mudhalvan's 2nd part. We have to wait, still it is official word from the producer. Fans are in great excitement whether the update is about Bigil or Vijay's next movie. They eagerness is in sneak peak about the exclusive update.

Bigil movie has Nayanthara as female lead and Vijay does the dual role. It is 3rd time Vijay is teaming up with director Atlee and said to be high budget film about 140 crore. AR Rahman scores the movie and is set for Diwali release this year.


#Thalapathy fans exclusive update coming up at 6:00 pm today ( It is not about the single/teaser/trailer/audio launch date/release date ) Something all of us have been waiting for Something that will get us super excited. Start guessing Start WAITING ðŸ˜ŽðŸ˜Š #Bigil @Ags_production