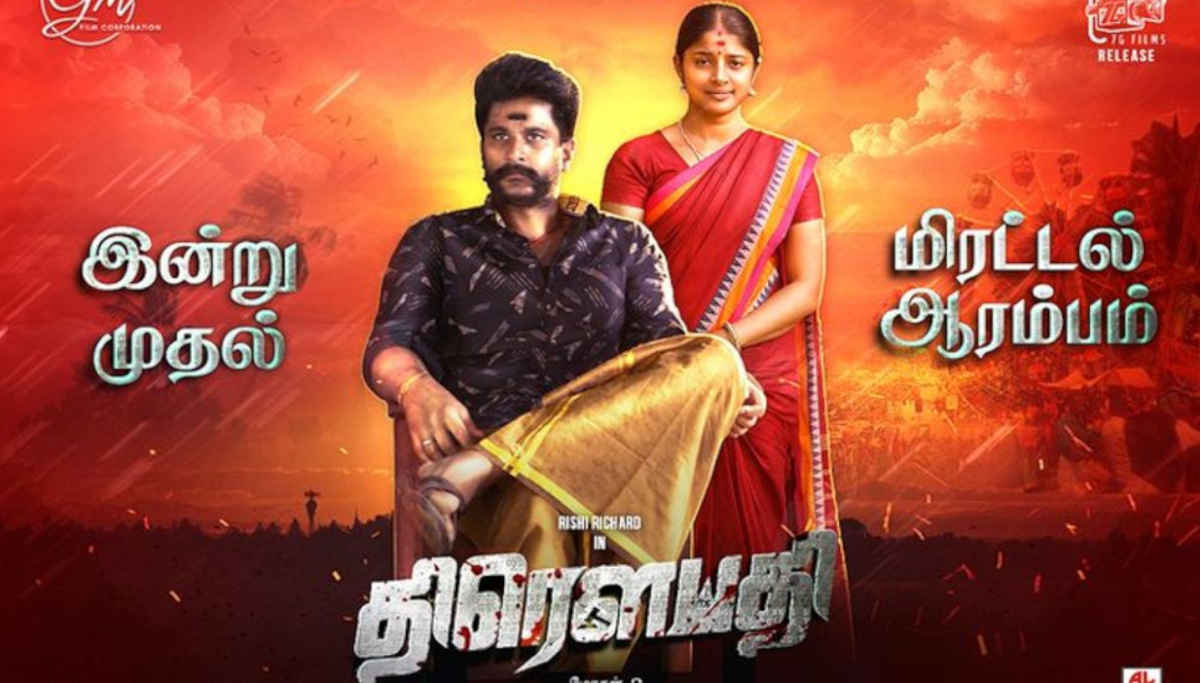 Draupathi movie review-Film is not much controversial as people thought:

Draupathii is an upcoming Tamil movie that met the silver screens today in theatres near you. Palaya Vannarapettai director Mohan G takes his second Kollywood tour via Draupathi, starring Richard Rishi and Sheela Rajkumar in the prominent roles.

The film has faced a lot of controversies due to the strong content infiltration in the trailer about caste and societal status yet prevailing in Tamilnadu. But the actual movie running 2 hours 40 minutes on the silver screen poses not much controversy as people think.

Subsequently, the politician prepares fake testimony that Draupathi's sister and youth man of another caste have been married. Unable to bear the shame, the girl's father commits suicide. Then Draupathi and her sister were killed. Police arrested Prabhakaran for allegedly murdering them.

Prabhakaran, who is out on bail, goes to Chennai, where he pretends to be a tea seller and kills two people in the registrar's office. Why he kills them and what is the reason behind the murder of his wife Draupathi is the story of this melodrama.

Draupathi's story is all about who is Prabhakaran, and for what purpose he is killing people in Chennai plots Mohan G's societal drama.

The first half goes interesting with questionable mysteries behind like how what & who. While the screenplay is perplexing, Prabhakaran's life and the circumstances surrounding Draupathi's death are impressive. The second half is slow going, and the length is too much.

The whole story runs to end with a message, but the acting did not reflect much on the face, even in Richard. The trailer of the Draupathi movie was much anticipated. But it must be said that the movie is not quite anticipating compared to the trailer. Controversial verses have been muted. That's good too. The film targets people who look at the caste as their honor of life.

This melodramatic movie can be watched as it provokes a social thought about the dramatic love events that deceives this younger generation in many inappropriate ways.