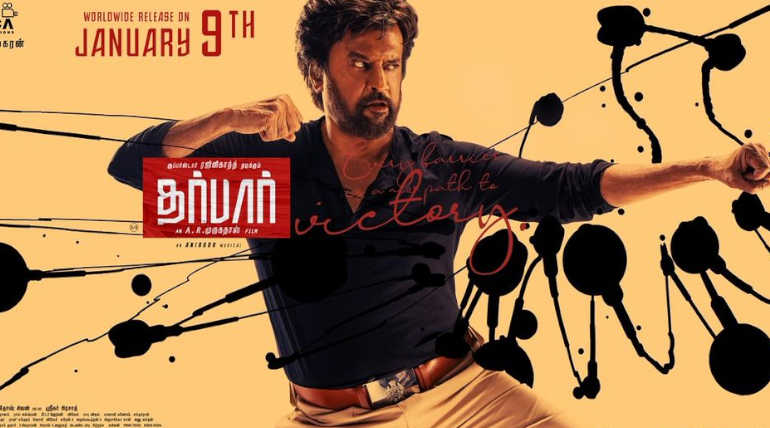 Durbar movie now in WhatsApp, but watching it is dangerous: Durbar, for the first time, is leaked on WhatsApp by some criminal elements now. Lyca productions file a complaint against the person who instructs everyone to see Durbar only in Whatsapp and not to let collect single paise from theaters. The issue is becoming a hot topic in Tamil Nadu as the producers request not to watch it in WhatsApp and even will have to face police action for it.

Durbar movie by Lyca productions starring the superstar was a Pongal treat for not only Rajni fans but also to the public. The way the nearly 70-year-old superstar performed in the movie, even with the weak story and screenplay by Murugadass, was commendable. But as usual, the criminal elements have streamed it online now.  But it is this time different for Durbar. It is now available in Whatsapp in three portions.  Also, a voice clearly with a vengeance wants everyone to see Durbar in WhatsApp and not to see it in theaters. It also says that Durbar should face a massive loss due to no one seeing it in theaters.

The Tamil Nadu Producers council, along with Lyca Productions Subhasekaran, met the Commissions of Tamil Nadu police now and gave a complaint against the said person who has downloaded the Durbar movie in WhatsApp. They also met the Press outside the commissioner office and informed a lot of the happenings including

Durbar, which came as a Pongal gift to Tamil Nadu people, is creating more controversies. Some scenes were deleted due to Sasikala lawyer's warning of some scenes which criticize her going shopping while in prison.  Now, this issue of WhatsApp piracy has hit the news. Hundreds of crores have been pumped into the movie. And, also many distributors who bought this movie with crores of rupees will all be affected because of one person or group.  Hence those who want to see Durbar is requested to watch only in theaters. They may also have to face police inquiry and action if found out having viewed Durbar in Whatsapp.