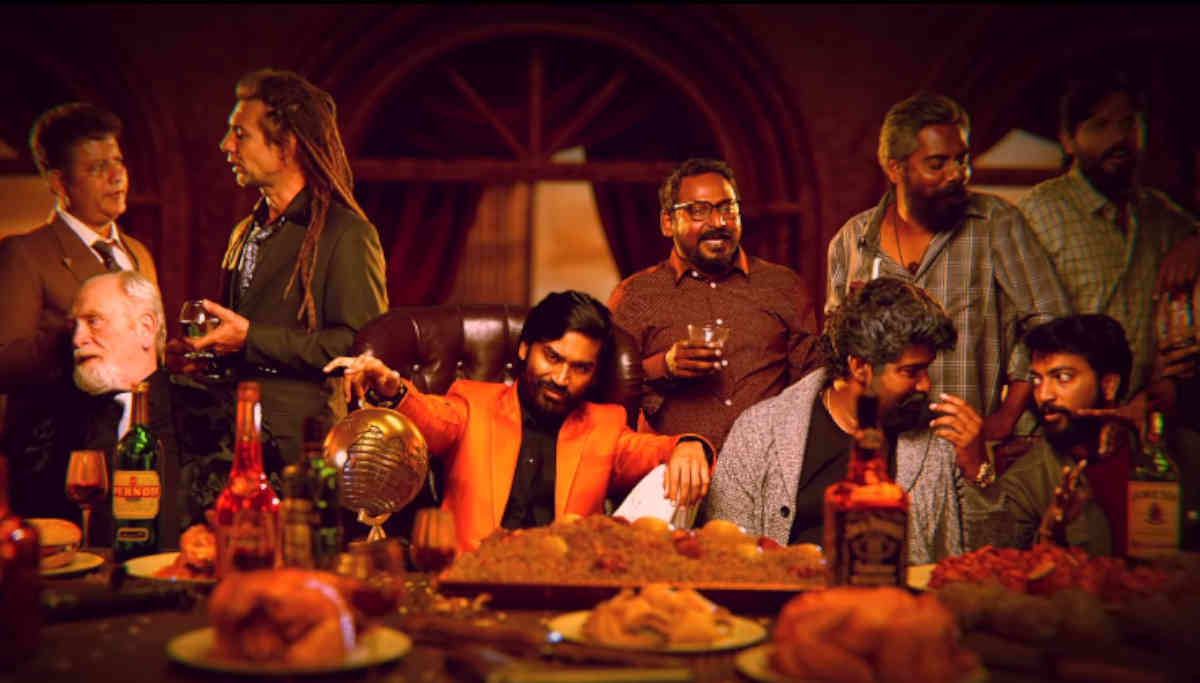 D40 Jagame Thanthiram Motion Poster is Out Now: Succeeding the blockbuster hits in Vetrimaaran's Asuran and Durai Senthilkumar's Pattas, Pudhupettai actor Dhanush is all set for the next release this May 1, 2020. Every time the actor never fails to prove in whatever filming journal he choose and this time, Dhanush came up with an intriguing yet comfortable look in Dhoti. But the first look D40 to be as 'Jagame Thanthiram' from this moment captures Dhanush posing with guns around his body and another one in motion poster sitting between the gangsters like in 80's movies.

Produced by Sashikanth and Chakravarthy Ramachandra, the team has released the official motion poster a few minutes back with music composed by Santhosh Narayanan.

Jagame Thanthiram's motion poster starts intriguingly with one kind of music starring some gangsters, and the other sound shows up actor Dhanush holding two guns in hand and hanging one around the shoulder. And to the core of the poster, several gangsters with Asuran actor Dhanush in the middle opens up the unveiled title of D40 as Jagame Thanthiram. The title reminds of the old song 'Jagame Manthiram Shiva Sambo' in the film Kasethan Kadavulada.

Wrapping up the shoot in London, the team is all indulged slowly in the post-production process now. The movie gets sets to go on the floor for the workers day May 1, 2020, worldwide setting the hype for all the Dhanush-Karthik Subbaraj fans in and around.