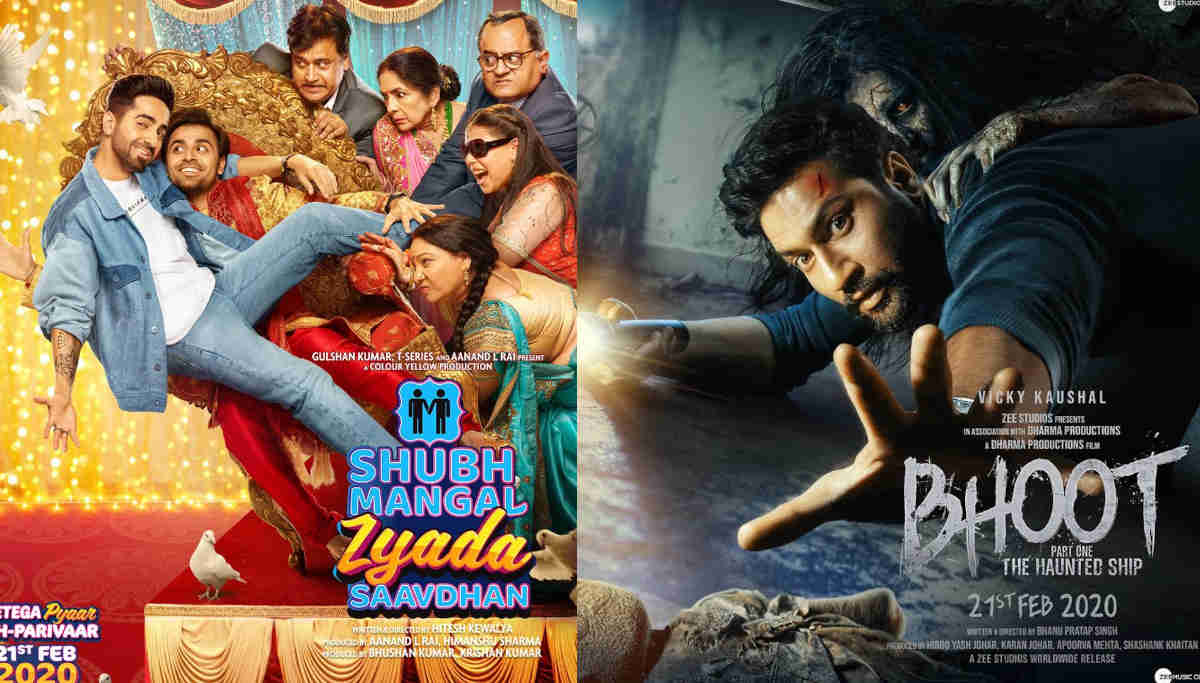 Mahasivarathri weekend collections of Bollywood: Nowadays, only weekends collect more for the film worldwide, and it is no different even for Hindi movies. It is the reason that everyone releases movies on Friday to reap the most during weekend collections. And last Friday being a holiday for some part and a partial holiday in many parts of India due to Mahasivarathri,  two Hindi movies hit the big screens on February 21.

While Shubh Mangal Zyada Saavdhan made 12.03 crores, Bhoot was not so lucky and had to be satisfied with only 5.10 crores on Sunday. Similarly, the second weekend of Love Aaj Kal saw a considerable drop collecting only 1.5 crores.  But the third-weekend film Malang excelled with 2.8 crores.

National award-winning actor Ayushmann Khurrana starring Shubh Mangal Zyada Saavdhan is continuing its success by adding 12.03 crores on Sunday to take its total tally to 32.66 crores. Directed by Hitesh Kewalya and produced by Bhusan Kumar of T Series is about how parents should accept their children the way they are.

Bhoot- Part One â€“ The Haunted Ship has Vicky Kaushal in the lead role. Karan Johar of Dharma Productions has made the movie. This horror genre movie only had a mild increase on the Sunday collection with just  5.5 crores to take its total collections to 16 crores.

But the big surprise this weekend is the down of Lov Aaj Kal and the maintaining of Malang collections.  While Lov Aaj Kal had Kartik Aaryan and Sara Ali Khan in the lead roles was able to collect a palpable Rs. 1.5 crores in the second week. Aditya Roy Kapoor â€“ Disha Patani movie Malang was able to collect 2.8 on its third weekend.

Film collections, though based on the quality of the film, also depend on many factors. Hope movies collect more money even during weekdays to make people happy, along with the theatre owners and others related to the film industry.