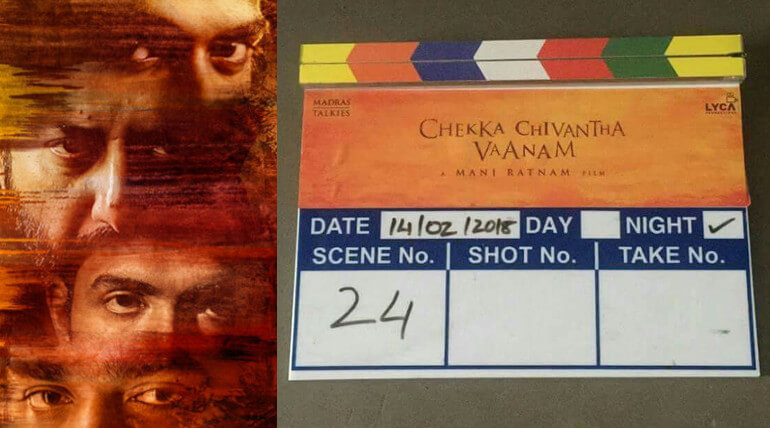 The first look was released recently that grabbed more attention towards the movie. The first looks showed the eyes of four leading stars at the background of industry and red shaded sky. This look seems to symbolize the anger of the people towards the large scale pollution causing industry.

Aishwarya Rajesh in a recent interview revealed there will be a good reason inside this first look under the ideology of magic creator Manirathnam.

STR is working hard to shed his weights for this movie and hope VTV star is back to the form sooner. Vijay Sethupathi is portraying cop role for second time after block buster mass Sethupathi. It is said he will travel throughout the movie.

Arun Vijay is the latest addition in casts. He was roped for the project instead of Fahadh Faasil who had signed earlier. The characters of other casts are unknown and their fans are eagerly waiting for updates.

Dayana Erappa, Prakash Raj, Thiagarajan, Mansoor Ali Khan, Jayasudha and Antony Varghese are part of the movie that is planned as dubbed Telugu version titled Nawab. Bankrolled by Madras Talkies and Lyca Productions, the film will be having AR Rahman music, Sreekar Prasad editing, and Sathosh Sivan visuals. The makers are planning to release the movie in later this year.