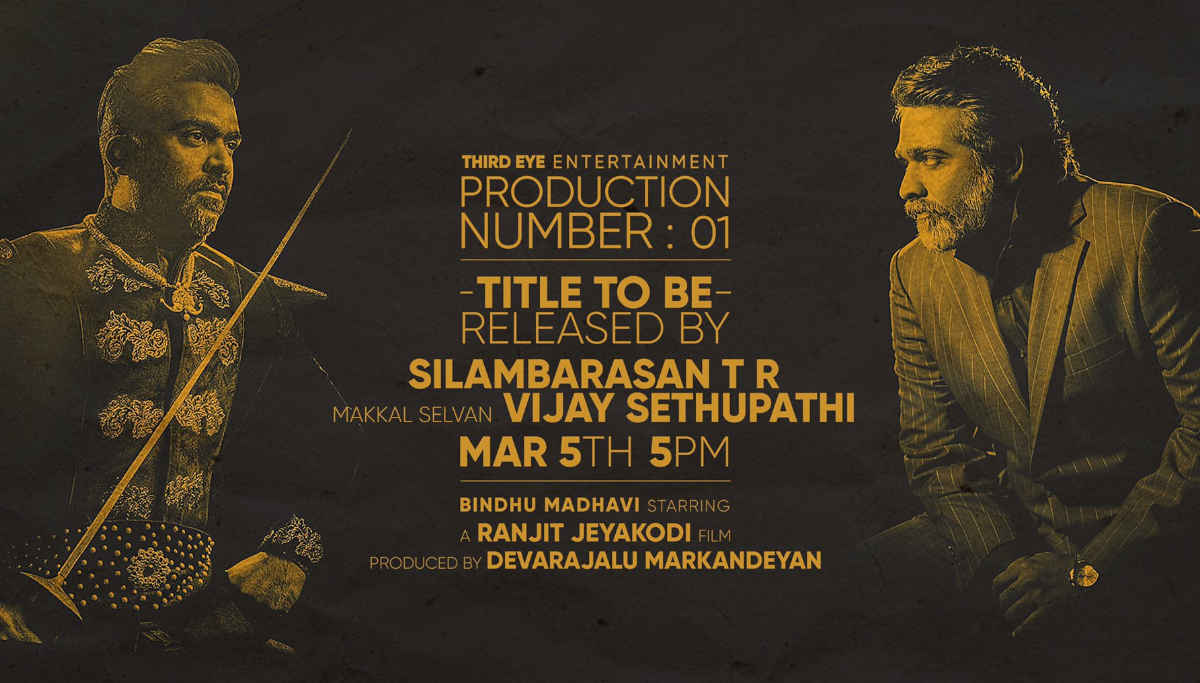 Ranjith Jeyakodi is all set to hit the hattrick in the Tamil film industry very soon. Recently the Puriyaatha Puthir director Ranjith is busy working in his upcoming untitled project. Starring Bindhu Madhavi in the lead role, Makkal Selvan VJS, and Little Superstar STR is getting ready to release the title of RJ3 tomorrow, i.e., on March 5, 2020.

After hitting blockbusters in the past two films starring Vijay Sethupathi in Puriyatha Puthir and Harish Kalyan via Ispade Rajavum Idhaya Raniyum, the romantic portrayer Ranjith is gearing up with his next thriller story in Kollywood screens.

RJ3 seems to be the story of two London sisters who undergo some thriller experience in India. After facing several shoots struggles, the director confirmed the film's wrapping up with the title announcement.

The debutant actress took it to her social followers by retweeting the director's title announcement adding "My first Tamil movie." The film is in this stage due to the problematic and hectic shoot circumstances prevailing since the start date.

Ranjith thanked the actresses Bindhu Madhavi and Dharshana Banik for the tireless support from their side despite withdrawing from the project.RJ3 has faced several climate and lighting issues that dropped back the project at some point during the shoots in Ooty and London. Withstanding all, the director thanked God and the team to reach this post-production phase of the yet-untitled film hoping to release without controversies.

Film Titles of Ranjith Jeyakodi are always unique, and his storyline never disappoints to satisfy the audiences watching. After the blockbuster hit of Ispade Rajavum Idhaya Raaniyum, RJ's third venture gets more expectations from the fans, and let's cross our fingers to watch the drama in silver screens soon.