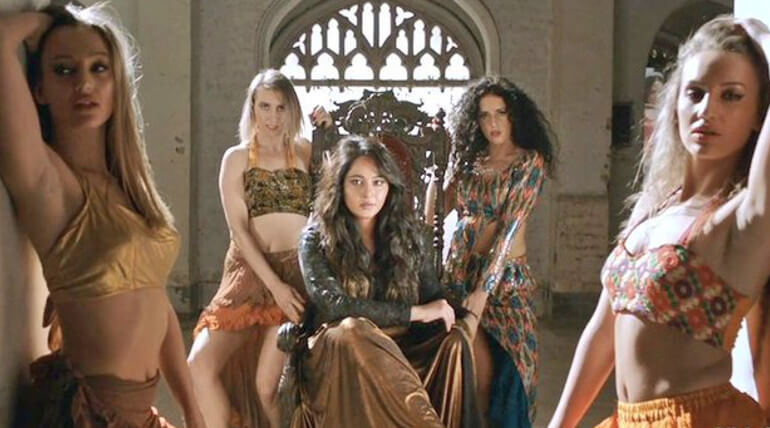 Anushka Shetty starring Bhaagamathie new promotional video was released by the team that looks stunning. The song for this promo is extra-ordinary and Anushka in the promo music video stuns the audience. The video also has the making clips of the movie.

The movie is releasing on Jan 26th and the makers are involved full-fledged promo. The film releases in 3 languages Tamil, Telugu and Hindi worldwide.

Abinesh Elangovan, who bought the Bhaagamathie Tamil rights had shared he was awestruck with the content of super natural horror thriller. He praised Thaman's BGM and Anushka's performance. UV Creations had bankrolled the movie associated with Studio Green and its Tamil distribution rights acquired by Abinesh Elangovan of ABI & ABI Pictures.

Anushka is playing dual roles in it. The trailer showed her as a honest IAS officer and other one is maintained suspense by the team. It was reported the Baahubali star had shed her weight about 20 kgs for these roles. Directed by Ashok, the movie has Jayaram, Unni Mukundan, Asha Sharath, Thalaivasal Vijay, Vidyullekha Raman in key roles. The trailer and teaser of the movie had received fantastic responses.