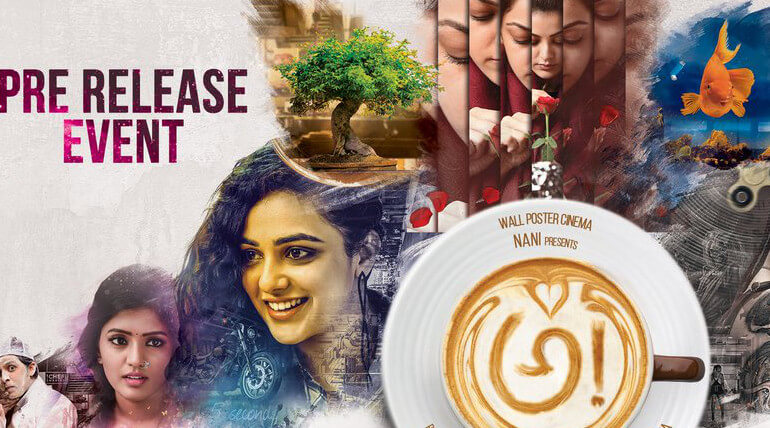 Kajal Aggarwal, Regina Cassandra, Eesha Rebba, Srinivas Avasarala and Nithya Menen starring Awe movie has several buzz. Tollywood star Nani had produced the film after director Prasanth inspired him with this script. The movie is slated as Feb 16 release and its pre-release event will be conducted on Jan 31st where trailer of the film will be unveiled.

The looks of lead characters expect Kajal Aggarwal were revealed earlier that attracted the massive netizens. The look of Regina showed she is donning negative character in this flick while Eesha's looks innocence and liberated by love.

It seems to be suspense drama which was revealed by teaser. Nani as Humanitarian Fish had given voice over in the teaser and called content as the hero of the film. Ravi Teja also accompanied Nani in voice over as Bonsai in it. Murali Sharma, Rohini, Priyadarshi Pullikonda, Hari Teja and Devadarshini are other casts in the movie.

Nithya Menen, one of the lead ladies of this film is known to select the unique script. Kajal Aggarwal seems following it, she had selected distinguish movies this year like 'Paris Paris' and 'Awe'. The movie to have premiers ar USA on 15th Feb and to be released worldwide on 16th Feb.