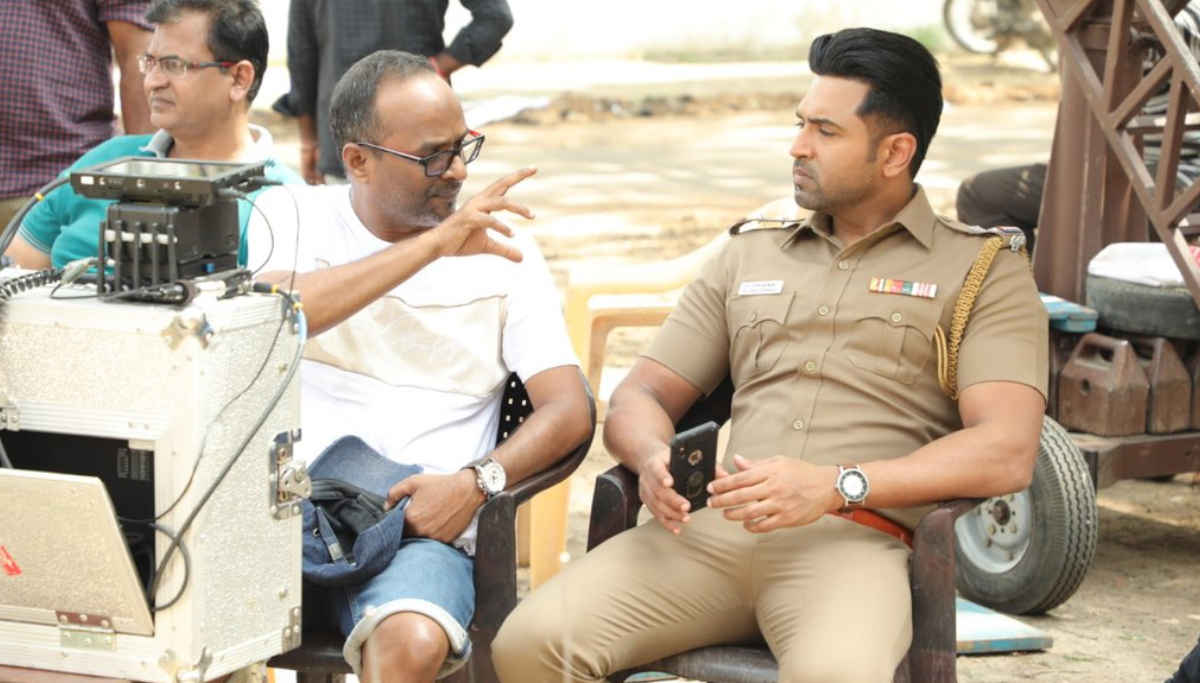 Sinam Movie Shoot Wraps Up: Arun Vijay is all in Smile to let know that his next movie Sinam completed its shooting. Director GNR Kumaravelan directs Sinam under the production of Movie Slides Pvt. Ltd.

Along with Arun Vijay, Kuppathu Raja fame Palak Lalwani shares the screen space as the female lead. In the crew part, Gopinath has handled the camera, and Shabir composed the background score while Madhan Karki and Priyan Eeknath lyrics the songs.

After Kuttram 23, Arun Vijay is about to portray the role of a cop in this upcoming Sinam movie. While Mafia, under the direction of Karthick Naren, just made the screens to glow off with suspense and thriller, Sinam is also an action thriller which is expected to be in the screen this 2020.

As per the recent interview given by the Sinam director, they have completed the climax part in a grand set that worths Rs. 45 lakhs. The director said the climax of Sinam is the most crucial part, and that would have been so hard to shoot in any real locations. Hence they have erected a grand set under the advice of the producer of Sinam who wouldn't want to compromise in quality.

Soon after the completion of the Mafia shooting, Arun Vijay has completed his next schedule Agri Siragugal in which he is co-starring with Vijay Antony. Now, he wrapped the shooting of Sinam. If everything goes right, this 2020 will become a great year for Arun Vijay.