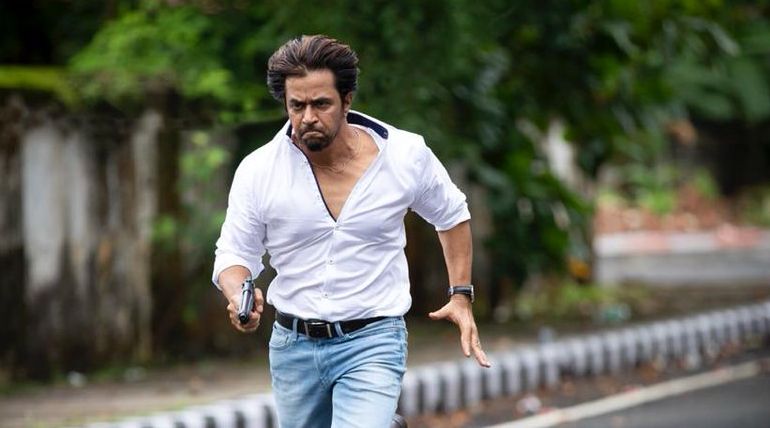 Action King Arjun is busy with Malayalam movie Jack Daniel co-starring with Dileep in the lead role. This action drama is being directed by Jayasurya which went on floors in March 2019. Stunt Choreographer Peter Hein is making action-packed scenes with action king while Gopi Sunder is handling the music.

The action look of Arjun is shared by the actor himself on his social media page. He posted the still with texting "Gm sweetz:) Have a fantabulous week ahead. & this is my new look in #jackdaniel".

Dileep's previous movie Shubha Rathri's success was celebrated by him along with Arjun Sarja in Jack Daniel movie location. Anju Kurian is doing the female lead in Jack Daniel. The movie is gearing up at a fast pace which is expected as August release.

Arjun was last seen doing a negative role in Irumbu Thirai sharing screen space with Vishal which received well. He is also busy with several projects in Tamil, Telugu and Kannada. His future movies include Kurukshetra (Kannada), Walter (Tamil) and Marakkar: Arabikadalinte (Malayalam)


Gm sweetz:)
Have a fantabulous week ahead.
& this is my new look in #jackdaniel pic.twitter.com/PH8WxnlNMQ