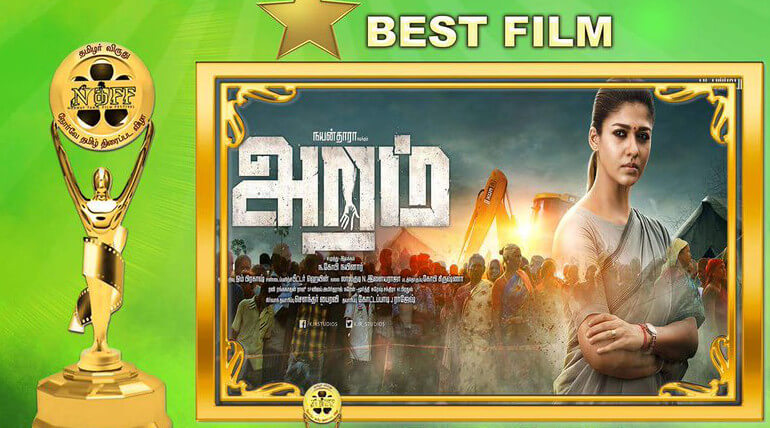 Nayanthara was lauded for her recent Aramm for choosing the social message oriented movie. Her performance and involvement in the movie were appreciated by everyone. The director Gopi Nainar had delivered the engaging screenplay with strong content.

Om Prakash's visuals and Ghibran gripping background score are also the major highlights of the film. The movie had successfully reached audience for 100 days of theatre screening. It is declared as the block buster and also box-office hit movie.

Meantime, Aramm has been selected as the Best Movie at Norway Tamil Film Festival and director Gopi Nainar chosen as Best Director in the same festival.