A. R. Rahman today tweeted that the pictures shown of the making of Ponniyin Selvan by Ravi Varma were awesome. He said they were mindboggling and beyond imagination.
Mani Ratnam’s magnum opus Ponniyan Selvan rumored to be produced in two parts at the cost of 800 crores is the talk of the town. Kalki’s best Tamil literature work until now is soon to hit the theaters in four languages across India. All the big names in Indian film fraternity are part of this historic project led by Mani Ratnam.
Nearly years ago, Kalki Krishnamurthy wrote this more than 2000 pages novel in five volumes. The story of the Chola king Raja Raja Cholan was a craze during its publishing years of the early 1950s, which continues unabated even now. Lyca Productions decided to produce the mega-budget movie rumored to cost more than 800 crores. Amitabh Bachan, Aishwarya Rai, Vikram, Karthi, Sarathkumar, and many others are acting in the film. A.R. Rahman is composing the music while Ravi Varma is the cinematographer.

Why MGR couldn’t make it?

Earlier attempts on making the historic Ponniyan Selvan into a movie have only failed so far. Even the cinema Moghul like MGR in 1958, bought the rights of the novel. He met with an accident when he was about to start making the movie. Even Mani Ratnam’s earlier attempt to take Ponniyin Selvan in 2010 with Vijay and Mahesh Babu failed due to many reasons. 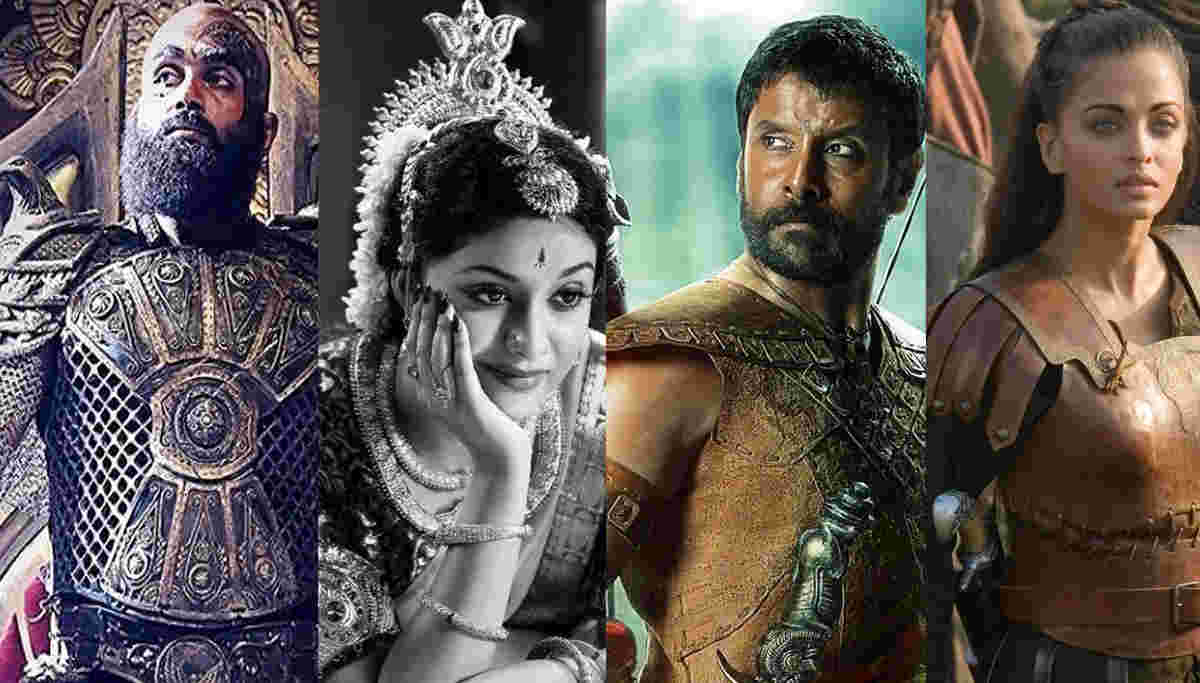 But now the first schedule of Ponniyin Selvan movie is completed in Thailand. As permission for film shooting in many temples in India is not easy and was one of the reasons for Mani to drop the 2010 attempt is the reason that is said for the first schedule in Thailand with many temples. Now the second schedule in Chennai is almost complete. For the third schedule, a massive set is put in Hyderabad to start soon.
A. R. Rahman today tweeted that the pictures shown of the making of Ponniyin Selvan by Ravi Varma were awesome. He said they were mindboggling and beyond imagination. Radhika Sarathkumar brought laughter to the audience at the audio launch of the movie Vaanam Kottayam. She noted that Aiswarya Rai is chosen in place of her acting in Ponniyin Selvan is because of two inches here and there.