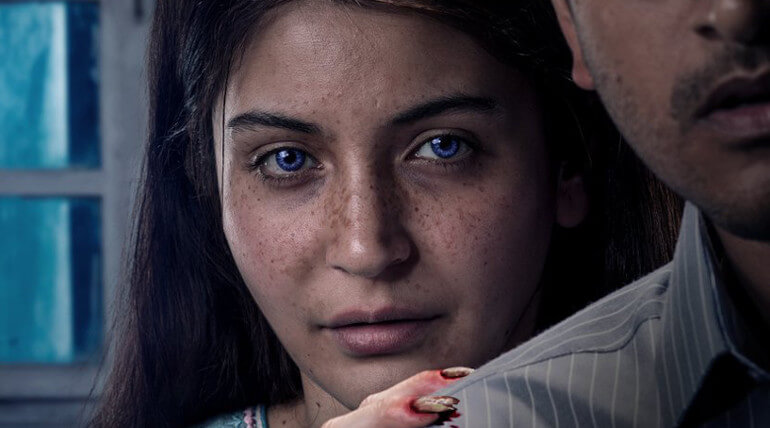 Anushka Sharma unveils brand new poster of her upcoming horror thriller Pari that shows the movie is slated for 2nd March 2018. The team is to launch the teaser of the film tomorrow. The film is touted to be based on the Novel and as a mysterious love story.

Anushka shared "Sooner or later, fate shows up at your doorstep..... Until then keep your eyes wide open and watch out for #PariTeaserTomorrow @paramspeak @OfficialCSFilms @kriarj @poojafilms"

Her intense look in the new poster is stunning. We can feel the mystery behind her blood stained long nails. She keeps her hand at the arms of Parambrata where his face looks partially terrified. The actress is receiving appreciations from netizens for her intriguing looks for this movie.

Anushka's maiden production was NH10 and this marks her 3rd production venture after Phillauri. It is Anushka's first film to release after her marriage with Indian cricket team captain Virat Kohli on Dec 11th last year. Her other movies like Sanju and Zero are in brisk space in post production works and shooting respectively.

Sooner or later, fate shows up at your doorstep.....
Until then keep your eyes wide open and watch out for #PariTeaserTomorrow@paramspeak @OfficialCSFilms @kriarj @poojafilms pic.twitter.com/6fG8ZrR9Ry

Virat Kohli - Anushka Sharma To Get Married At Italy!