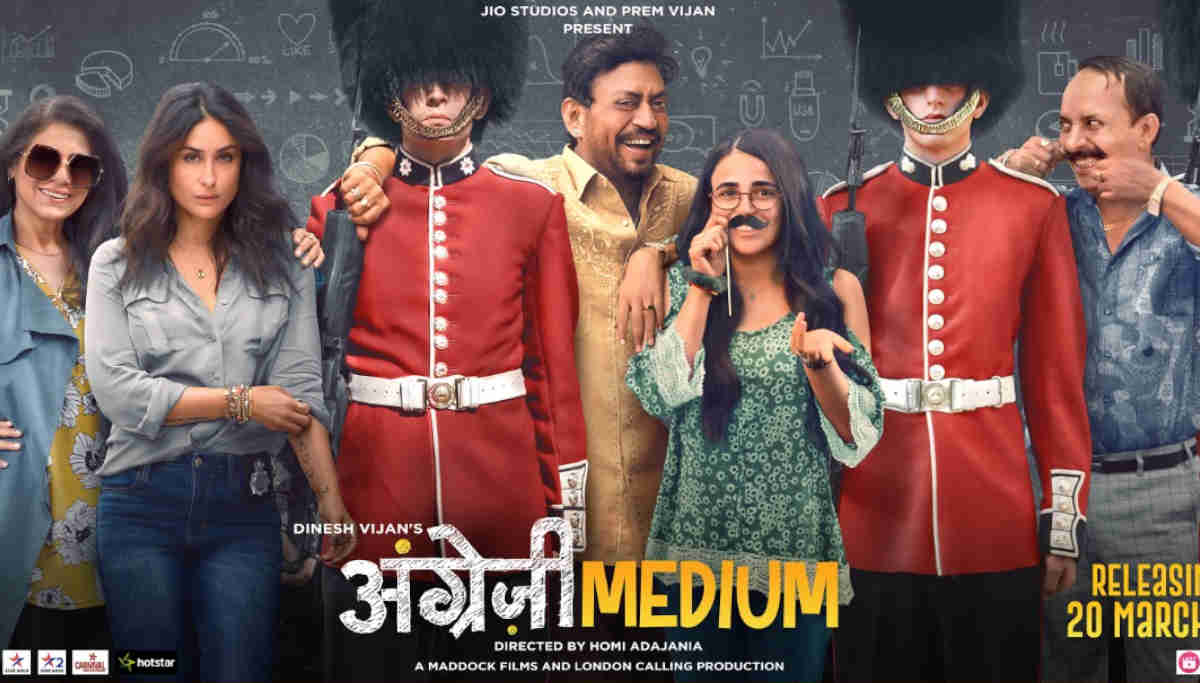 Angrezi Medium trailer is out now and is going viral in social media. The sequel to the Hindi medium of 2017, which made 322+ crores for an investment of just 14 crores, is now rocking with fantastic scenes. How far a mithaivala (sweet seller) from Jaipur can go to fulfill his daughter's ambition to study in London seems to be the story. With Kareena Kapoor, Dimple Kapadia, and the fresh talent Radhika Madan, the trailer of Angrezi Medium increases the expectations of the movie to be released on March 20.

Irrfan Khan plays the mithaivala, the proud father of his daughter, who can cross his extreme to make her study in a renowned university in London. Though suffering from a rare illness, he has shown his capabilities of a wonderful actor in the trailer. His dialogue delivery and facial expressions, along with his cousin played by Deepak Dobriyal, makes many want more from the trailer. Kareena Kapoor plays the strict London cop, and her scenes with Irrfan and Deepak are hilarious.

The daughter Radhika Madan, though a debutant, brings life to the character and makes the audience to expect more from the movie. Producer Dinesh Vijan minted money from the earlier version Hindi medium with director Saket Chaudhary. But for this Angrezi Medium, the director is Homi Adajania, who seems to have done an excellent job from the look of the trailer. Dinesh Vijan for producing this movie has also joined with Jio Studios.

Irrfan may get another national award for this movie after him winning it in 2011 for Pan Singh Tomar.  His first film Salaam Bombay in 1988, was nominated for Oscars, and for the next thirty years, Irrfan has been acting in Hollywood and Bollywood movies.  Lunch Box, Life of Pi, and many films have got him many international awards. In Hindi Medium, he played the father of a five-year-old daughter to enroll her in an English medium school. It broke many box office records in 2017 not only in India but also in  China.  Now he is playing the father of the teenage Radhika Madan in an international arena.

Now ably supported with Kareena Kapoor and Deepak, he is yet to make one more blockbuster in 2020. But all have to wait for March 20 to see English Medium on the big screen across India.


Angrezi Medium Trailer is Out and Irrfan Khan Nailed it