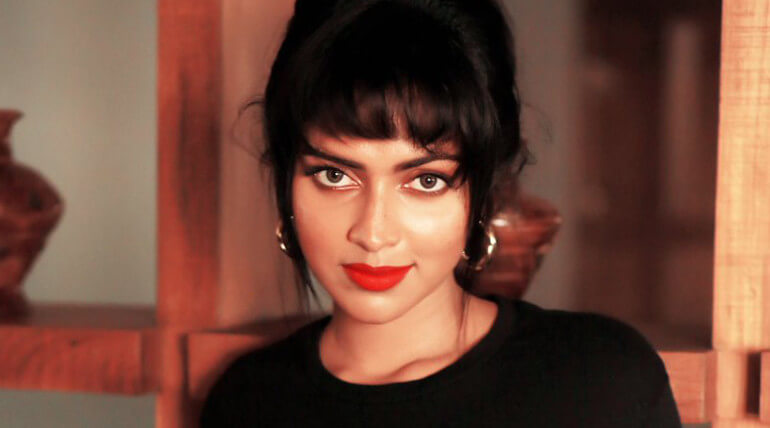 Amala Paul is currently taking dance practise for her performance in Malaysia on 3rd February. She had also posted few stills of her dance rehearsals. Yesterday on Jan 31st, she filed complaint on the business man who asked her sexual favours and talking to trade her for another person. She was disturbed by this and made police complaint.

She was rehearsing at dance master Sridhar's studio and she says he was unaware about this. According to her statement "Sridhar has no connection with this unfair guy. That person came and spoke to me when I was alone. Someone from the event organizers should have connection with this guy and told about my dance practice here".

After filing the complaint at T. Nagar police station, the actress talked to the media and said the above statements.

She also added "I am an independent working women and have to work freely without disturbances. Not only me there are many independent working ladies like me and they should be comfortable without tortures. Police had taken up this case and hope I can get justice".

'Mynaa' actress is set to perform at "Dazzling Tamizhachi" event about women empowerment. As per the latest report, the police arrested the man Alagesan under sections of sexual harassment.

It is not the first time in Kollywood the woman has the sexual harassments. It was happened to many actresses in the industry and some were out and many have not come to light.


Amala Paul Filed Complaint Against The Person Misbehaved To Her