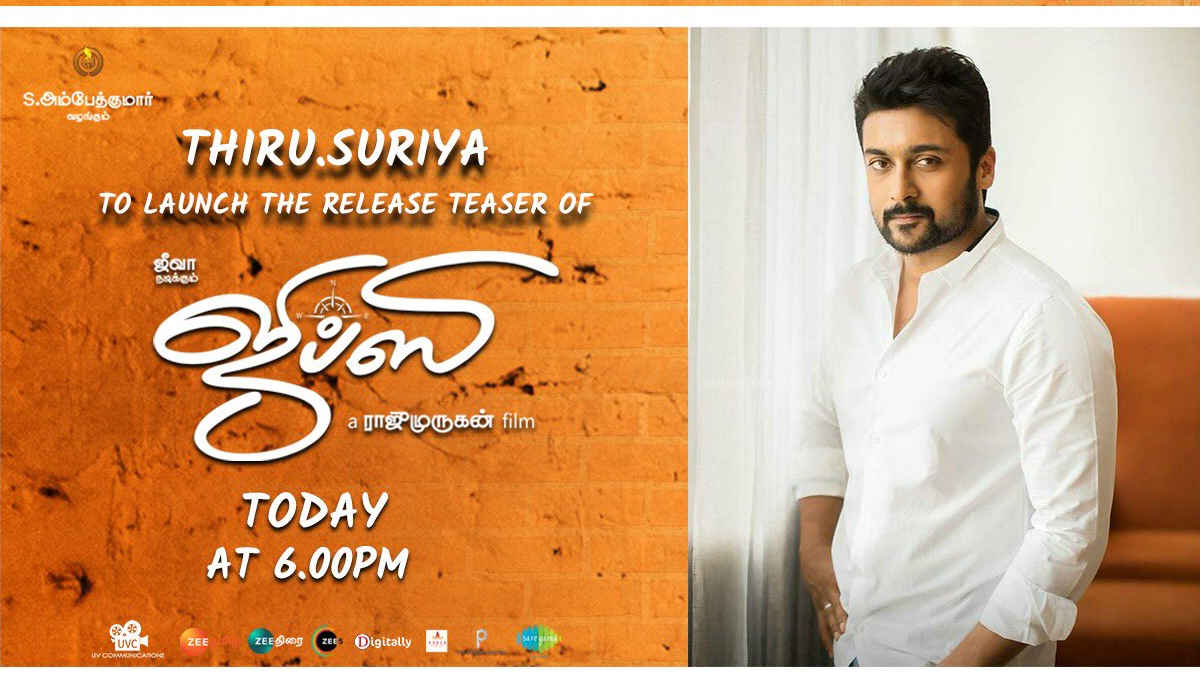 Suriya to Release the Pre-release Teaser of Gypsy

Gypsy's release teaser to be released by Suriya Sivakumar: Jiiva's Gypsy movie has finally reached the destination after several censorship controversies from the CBFC board.

Gypsy is an upcoming romantic road film directed by Joker filmmaker Raju Murugan starring Jiiva and Natasha Singh in the lead roles. The film is in the post-production phase, and the Gypsy team is all engrossed in the next week's release in theatres. Revealing sneak peek, release trailer, and interesting looks prior to release have become a habit among the film industry peoples' nowadays.

The film focuses on the life of nomads and the problems they face. Gypsy has been certified A in censorship and touts to ride on screen very soon this March 6, 2020.

After Gypsy, Jiiva is all set to enlighten his fans with back to back movies. Kalathil Sandhipom is a multi starer movie starring Arulnithi, Manjima Mohan, and Priya Bhavani Shankar in the lead roles under Rajasekar's direction. Bollywood epic movie 83 to star as a cricketer Krishnamachari Srikkanth in Kabir Khan's film. And let's wait to meet the dramas in the ground soon.

The 83 movie post-production has begun already, and Jiiva rules the internet with his performance on stage combining Ranveer Singh.83 movie is all set to tell us the story behind the 1983 world cup match.