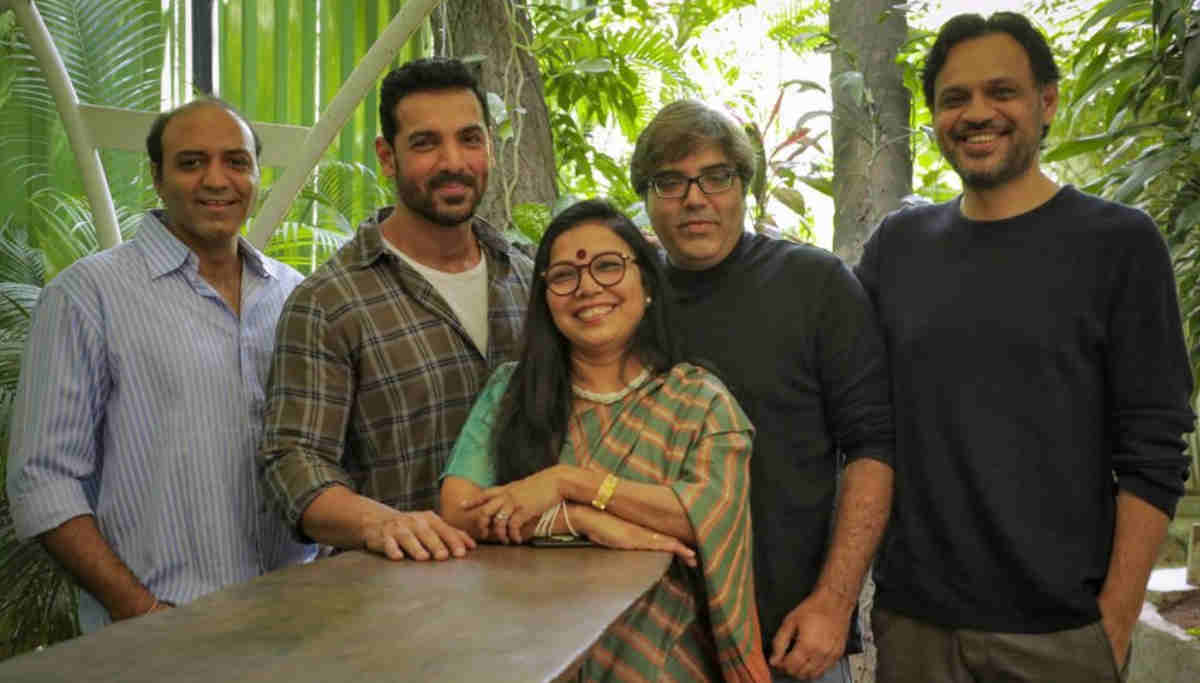 Actor John Abraham to fund a biopic on Revathi Roy

Actor-producer John Abraham is all set to start his next venture. He will co-produce a biopic on the much-acclaimed social activist Revathi Roy. The movie is jointly produced by Johnâ€™s JA Entertainment, Robbie Grewalâ€™s Red Ice Films, and Anil Bohraâ€™s Vyka Entertainment. Grewal will be directing the movie as well.

Social activist Roy is known to have started Asiaâ€™s first all-women taxi service named "Hey Deedee." Her vision is to create women's largest last-mile delivery service in the world. She has been recognized with numerous awards, to name a few i.e., Sambhavaa Award for The Women of Excellence by FICCI in the year 2019.

In the same year, she has made an entry in Fortune Indiaâ€™s most powerful women. Her aim is to empower underprivileged women by providing them job opportunities in her company. She also provides them the two-wheeler riding and soft skills training, thereby enabling them to be financially independent.

The social activist Roy said, "I'm very happy that John, Robbie, and Anil have come together to tell a story which is not just my own but of every woman who was given a chance. Women are born fighters, and an opportunity is given to them never goes waste. All we need to provide is an ecosystem for them to flourish. In a small way, that is what my team and I have done."

Actor-producer John Abraham, who has earlier produced movies like Vicky Donor and Madras Cafe, said, "I'm very happy that we are producing this very upbeat story that combines the best of entrepreneurial twists with an extremely dramatic personal life. Revathi's journey is that of a vivacious, funny, full of life, spirited woman who, despite all odds, has risen like a phoenix and has been continuously working towards empowering underprivileged women."

Director and Producer of the movie Grewal said, "Revathi's life is full of crests and troughs and dramatic twists and turns. We usually see stories about how people rise from rags to riches; Revathi went from riches to rags to a revolution! It is an honor to be able to tell the story of such a heroic and courageous woman."

"Revathi has fought not just the harshest realities of life, but also the deeply patriarchal notion that a woman can't drive. Her business model itself defies this mindset by training thousands of marginalized women to drive, thereby setting them on a path of liberation and financial independence," said Anil Bohra, who is co-producing the movie.

So far, other details related to the cast are still under wraps.