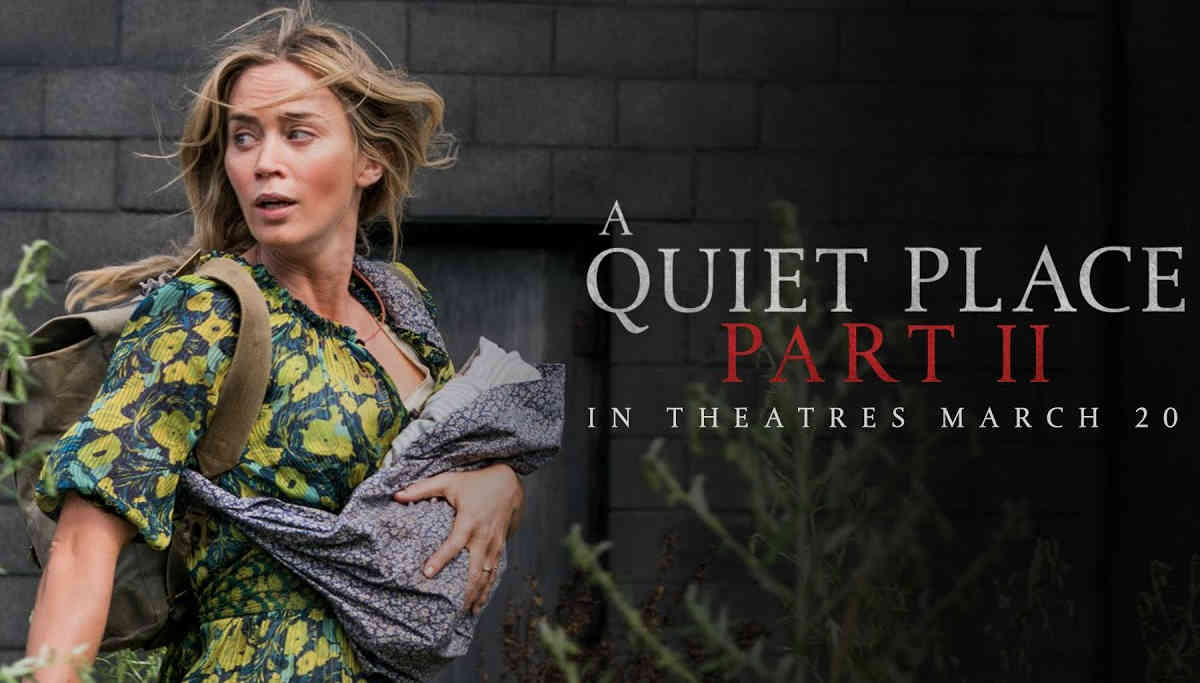 A Quiet Place 2: Emily Blunt's fight against monsters continues: The trailer of Emily Blunt's "A Quiet Place Part II" is out showing her journey of struggles to save her family from the monsters. The sequel to the movie "A Quiet Place' released in the year 2018. In the first installment shows the Abbot family trying to save their lives from the hunting creature.

The second installment, "A Quiet Place Part II," is the continuation of its first part where the Abbott family - Blunt and John Krasinski and their children were seen trying to save their lives from the hunting creature that would kill on them even on the slightest noise. It was interesting to see how they would communicate through American Sign Language, while it shows how the family realizes the weakness of the creature, and they try to kill by.

The intriguing trailer of the movie will surely make the audience to be at the edge of their seat. It would be terrifying and interesting to watch how they survive against these monsters.

The movie also takes the audience through the flashback of its first installment. The first installment showed the family's struggle to save their lives from the sightless creatures, which attacks anything that makes noise. Soon the family realizes that the hunting is beyond the sand path and is not limited to the Woods.

Along with Emily Blunt, Cillian Murphy joins the cast of A Quiet Place Part II. Also starring Millicent Simmonds, Okieriete Onaodowan,  and Wayne Duvall, is scheduled to release on March 20, 2020.