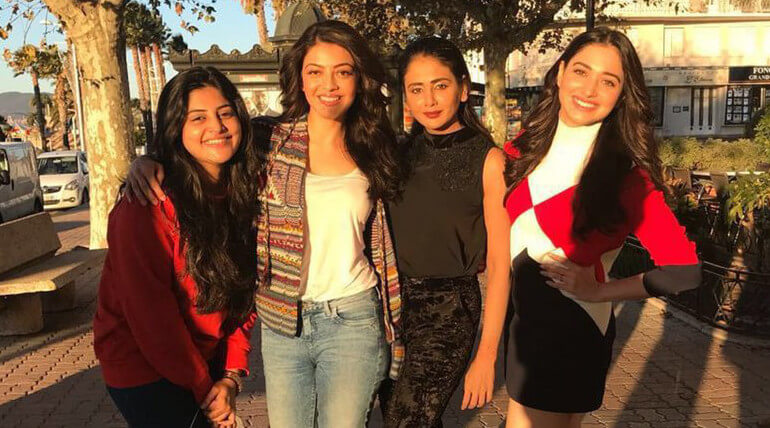 Gautham Menon introduced Manjima in Kollywood through AYM, following it she had done two other projects Sathriyan and Ippadai Vellum in Tamil. The actress had bagged the block buster Hindi Queen remake in Malayalam. The movie is being created in Tamil, Telugu and Kannada too with Kajal Agarwal, Tamannah Bhatia and Parul Yadav are leads respectively.

The makers are keen in making the remake as a unique movie without disturbing its essence. There are lot of different scenes in the remakes. All the lead stars had left to France together over a month long shoot to cane their scenes. They had fun moments and their stills were been viral on the net.

Meantime Manjima Mohan in a recent interview said she struggled a lot to bring out innocence in her face that is demanded by her director, but managed to bring out in the second week of schedule. She shared her favorite scene in the movie that came out well. It is she gets drunk and the scene of sharing dormitory with boys. She do not want to reprise what Kangana Ranaut done in the original. She did not watch the Queen original movie before going for shoot. She was excited to compare her performance with original after returning from France.