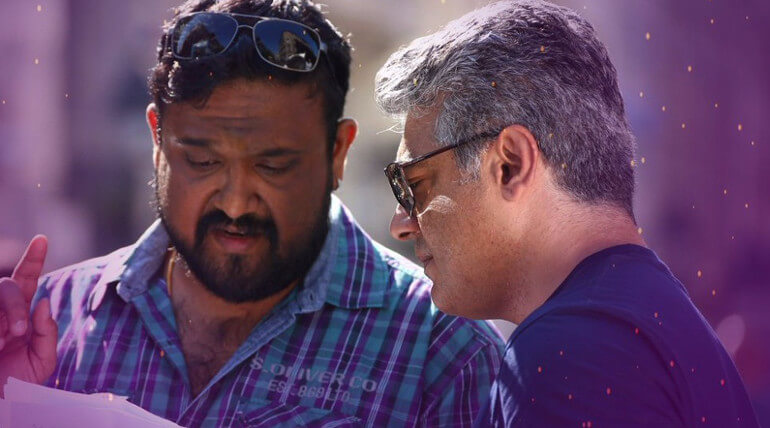 Viswasam Movie will be Out and Out Family Entertainer

The 4th film of Ajith and Siva combo is titled as Viswasam which will be produced by Sathya Jyothi Films. The makers officially announced the title on their twitter handle with additional information. The film will be commenced on floor from Jan 2018 and it is announced as Diwali 2018 release.

Meanwhile the producer stated the movie is an out and out family entertainer with fun and other elements. The movie has Yuvan's music, Vetri's visuals, Ruben's cuts and Milen's art works. The same 'Vivegam' crew is roped for this project too expect musician Anirudh.

The makers are trying to rope Yuvan for this project. If it happens Yuvan will be set to score for Ajith for 7th time after block buster movies Dheena, Aegan, Billa, Mankatha, Arrambam and Billa 2.

Sub Editor
Mohan proves himself as well talented in mathematician and received several accolades. He is enthusiastic in learning and teaching. He had done some philanthropy activities in teaching to economically backward school kids. Mohan loves music and movies, which made him to be a Entertainment reporter. He was running local monthly magazine and had written several articles on different subjects. His writings are often unique and unpredictable. View more
1B, Hudco Colony,
Peelamedu,
Coimbatore, Tamil Nadu,
India - 641004.
9790403333 support@stage3.in
facebook twitter