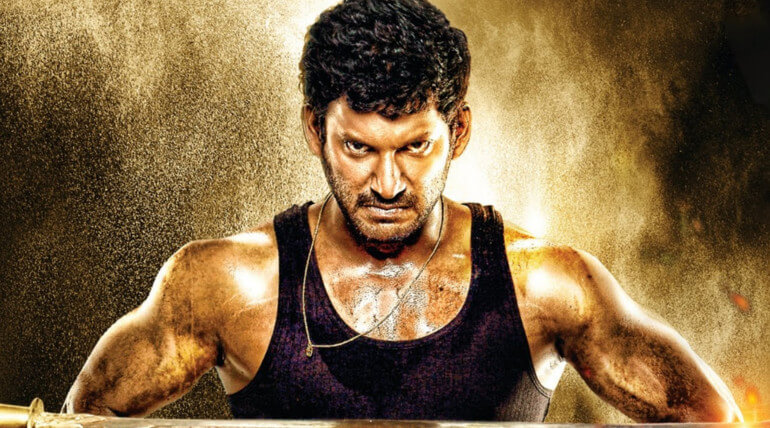 Vishal's upcoming action thriller Irumbu Thirai is gearing up the works in fast pace that is planned as Jan 26th release worldwide. It is coming up with 2 other big movies Jayam Ravi's space thriller 'Tik Tik Tik' and Anushka Shetty's period thriller 'Bhagmatie' that was slated as Republic Day release.

'Thupparivaalan' star Vishal at the event announced the date of his next Sandakozhi 2. The movie is written and directed by Lingusamy and is scheduled to hit theatres on April 14th on Tamil New Year. Vishal is producing the film under his home banner Vishal Film Factory, Keerthy Suresh is pairing with him while the movie gets Yuvan music.

Rajkiran, Varalaxmi Sarathkumar, Soori and Hareesh Peradi are doing pivotal roles in it. The sequel of the hit 2005 is in fast pace to complete the shooting that has began in Sept 2017. The first look and teaser of the film is expected at Jan end or early Feb 2018.