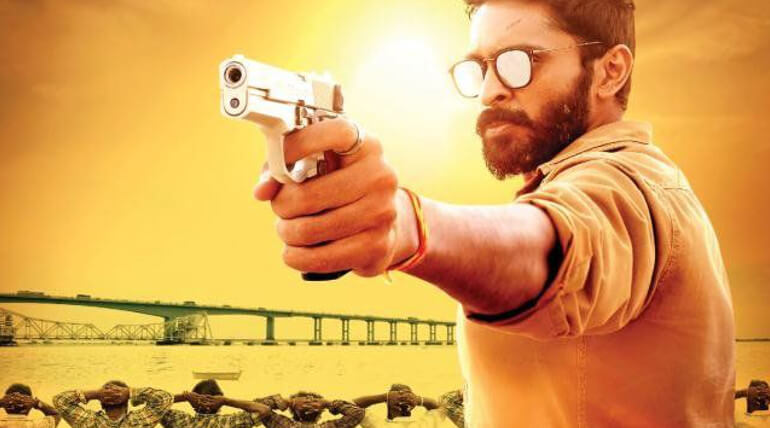 Vikram Prabhu next film Thuppakki Munai shoot is happening in fast gear which is being helmed by Dinesh Selvaraj. The team had unveiled its first look with title today. Thanu of V Creations is producing this action entertainer. The first look shows it is a encounter cop story where lead actor is with gun and there is several accused at the back drop with hands hold at back of their heads.

The title comes with the tag line "Each Bullet Has A story". Rasamathi is handling camera while music to be scored by LV Muthu Ganesh and Bhuvan Srinivasan will be holding cuts. 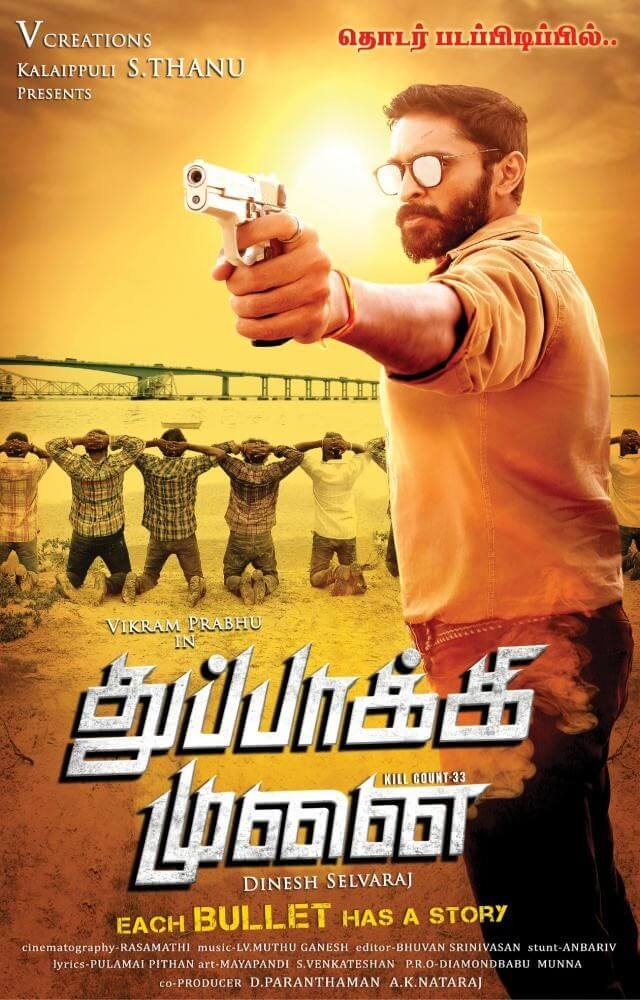