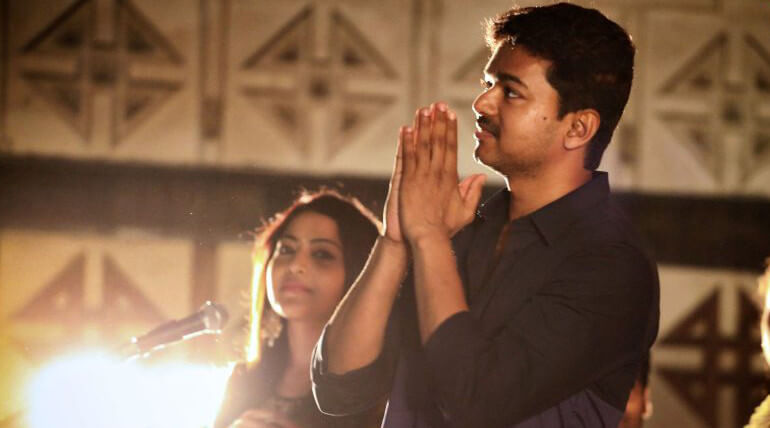 The Award winning 'Aayirathil Oruvan' and 'Kaaviya Thalaivan' fame art director Santhanam is roped by AR Murugadoss for his next with Vijay that is tentatively called as Vijay 62. 'Kali' and 'Solo' fame cinematographer Girish Gangadharan was signed to handle camera while editing will be taken care of popular editor Sreekar Prasad.

The heroine of the film is yet to be finalized by the makers. There are several rumours about the female lead of Vijay 62. Meantime Bigg Boss fame Julie is said have signed to play key role in this film.

The movie pre-production works are gearing up and it is likely to commence on floor from January 2018 and makers planned to release it on Diwali next year. Director AR Murugadoss's next Bollywood project is also ready to take off. It is the remake of famous Hollywood movie 'Million Dolllar Baby'. Akshay Kumar and Marina are signed for doing leads in it.

Latest report: Sun Pictures is associated with this project and will be bankrolling it.