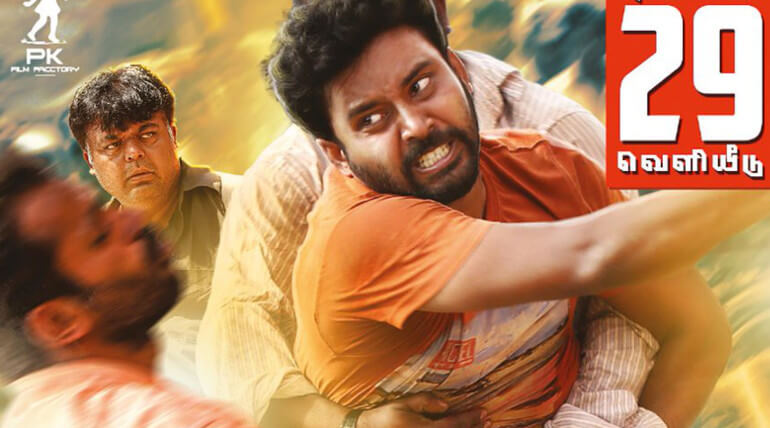 Dinesh Ravi and Nadita Swetha starring action drama Ulkuthu is releasing on Dec 29th across the state. Bala Saravanan, John Vijay, Chaya Singh, Sharath Lohitashwa and Dhilip Subbarayan are among the casts in it.

This movie was pushed back several times and finally the makers are happy for the release. The new comer Caarthick Raju had written and directed the film. It was the movie Dinesh signed after the huge success of Thirudan Police in 2014.

The team had celebrated Christmas yesterday and now they are ready to release moviebuff prelude today at 6 pm. Joker, Theeran and Aruvi producer SR Prabhu of Dream Warrior Pictures will be releasing the prelude.