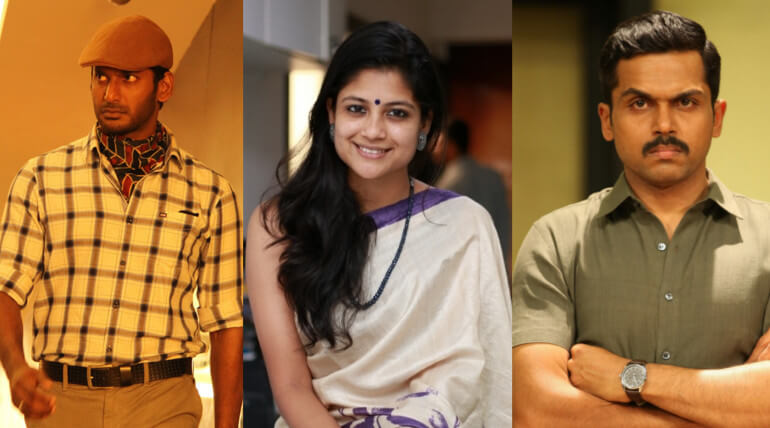 This 2017 is a glorified year of Tamil Cinema. Lots of new talents, best of performers and good cinemas have recognised by the industry and audience. We have listed the best performers including new talents of the year.

Vijay Sethupathi as usual  rocked in 4 films including much acclaimed Vikram Vedha which was selected as NO.1 movie in India by famous magazine. Sivakarthikeyan changed his body language and performed well in his latest release Velaikkaran.

New find Aditi Balan in Aruvi scores highest of all. She is considered as the best performance of the year by critics and audience. Priya Bhavani Shankar of Meeyadha Maan had performance well.