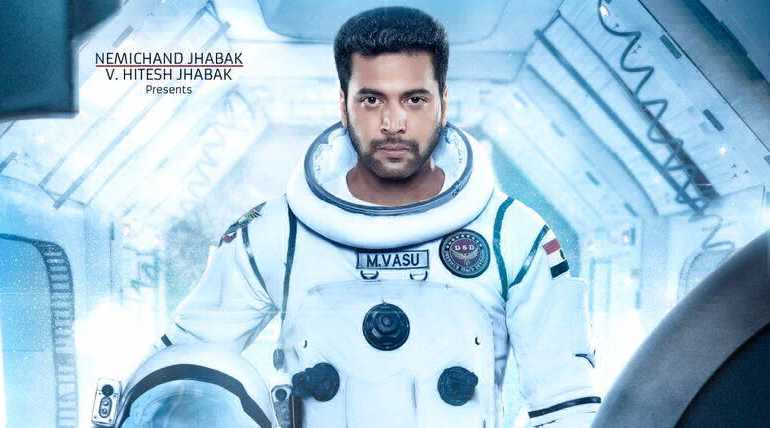 Jayam Ravi's much anticipated space thriller Tik Tik Tik release date has been locked by the team. India's first space thriller from Kollywood is to hit theatres worldwide on Republic Day 2018. The nostalgic trailer released few days ago received tremendous support from the audience. It has got 4 million views in short period.

'Miruthan' director is coming to show the new dimension of Tamil cinema again. The trailer hiked the expectations of the audience to sneak peek and hope the film would be threshold interesting with the awesome visuals than the trailer. Imman's music in the trailer takes the visuals to another level. He is set to create magic like his earlier music for Miruthan.

The movie has Nivetha Pethuraj as female lead. Due to her knowledge in martial arts she was selected and trained jujutsu and kickboxing. Trailer shows some glimpse of her stunt. Jayam Ravi's son Aarav is making debut in it and has Aaron Aziz, Jaya Prakash, Ramesh Tilak in key roles.