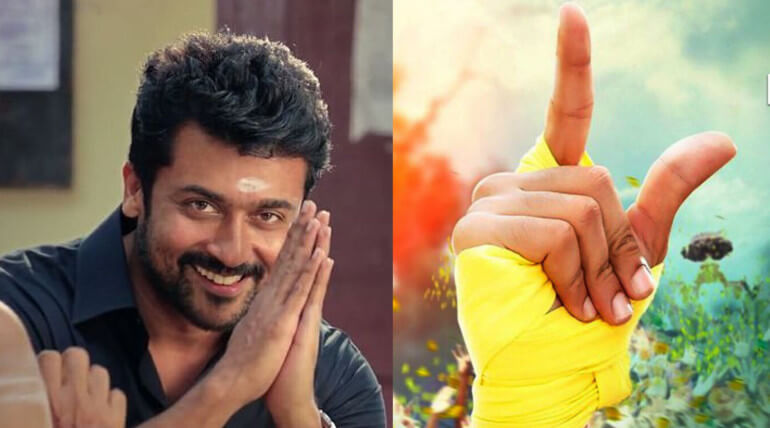 Suriya will unveil Sibiraj starring crime thriller Sathya's new trailer today at 6 pm. The team revealed the still of Suriya's popular hand sign from his happening Thaana Serndha Koottam poster and said to guess who is releasing the trailer. The people easily guessed the celebrity is none other than Suriya.

Produced by Sathyaraj's Nathambal Film Factory and directed by Pradeep Krishnamoorthy, Sathya is slated as Dec 8 release worldwide. The film's single 'Yavanna' scored by Simon K King with visuals is trending on the net.Remya Nambeesan and Varalakshmi are two female leads in the ilm. The first trailer was a sensational hit and now the second trailer makes the same.