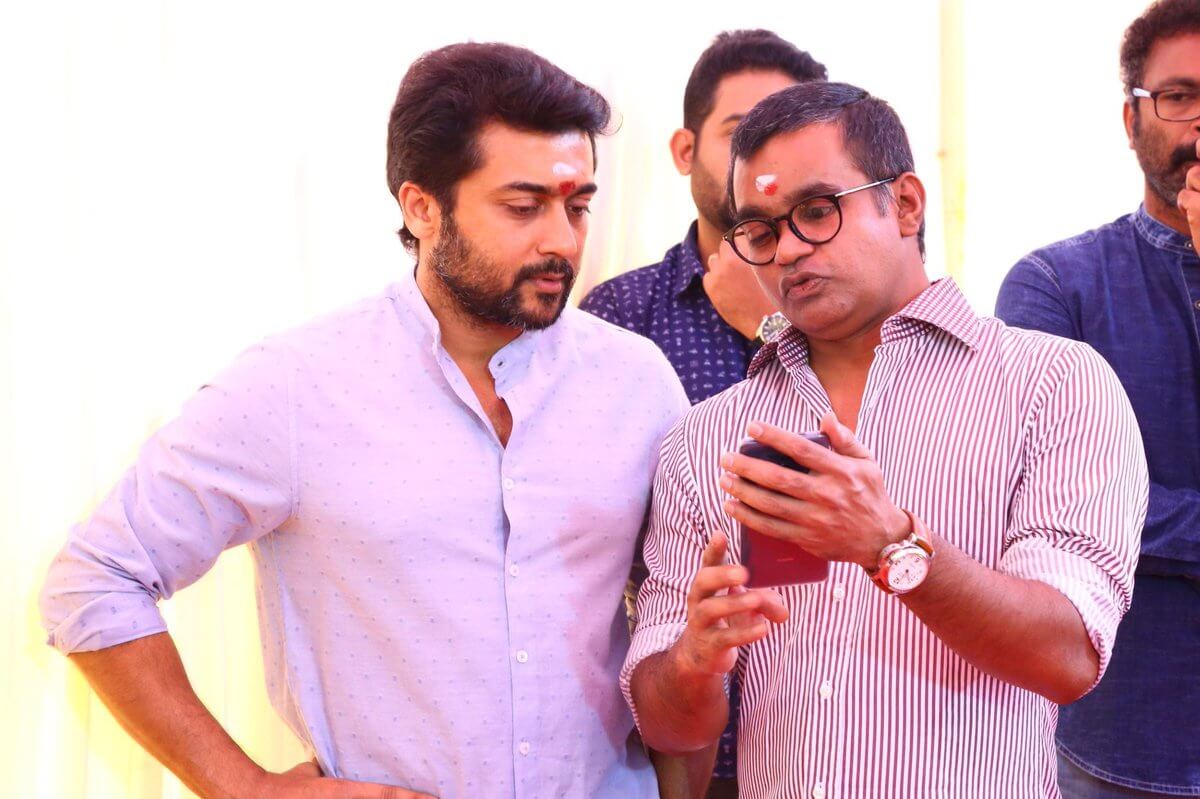 Suriya and Selvaraghavan combo's debut project had been started with pooja. This movie marks Suriya 36th movie and it is tentatively known as Suriya 36. The movie shoot will begin after Pongal festival likely on Jan 18th. The makers plan to release the movie as a 2018 Diwali feast for Suriya and Selva fans.

Suriya's Thaana Serndha Kootam had received UA from censor board and ready to hit theatres on Pongal and makers are busy with the distribution works. The audio and trailer are to be launched in this week end.

Meantime, Selvaraghavan - Suriya project will have 'Iruthi Suttru and Iraivi fame Sivakumar Vijayan as Director of Photography. Prasanna GK is roped for the editing works while Dream Warrior Pictures is bankrolling the project. The rest of casts and crew details are yet to be announced.

Sai Pallavi had signed to do the female lead pairing with Suriya in this flick. Karthi and Sivakumar have also attended the pooja event held on Monday.

Director Selvaraghavan took his twitter handle and shared "Happy new year friends. Excited to share that we have started working on  #Suriya36 with a grand pooja this morning. Privileged to have been blessed by legendary Sivakumar Sir.#S36Diwali2018 we will give our best!"