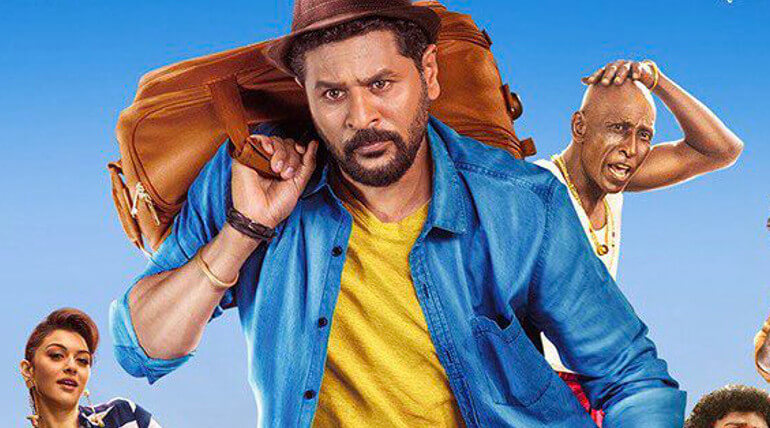 Prabhudeva and Hansika Motiwani starring adventurous comedy entertainer Gulaebaghavali is touted to be fun ride and prefect Pongal outing for the family audience. The veteran actor, 80s and 90s top heroine Revathy plays an important role in it.

Her performance are well known to the audience and coming to this movie she is said to be carrying the plot on her shoulder. After much acclaimed Dhanush's Power Paandi she has the strong role in this too.

Prabhudeva had already attracted the audience by the dance movements in promo, songs and trailer. Hansika is given a meaty role in it additional to glamour elements. Vivek-Mervin music to have an key role to carry the movie with delights.

Enjoyed #Gulaebaghavali, an adventure comedy with some well written comic stretches. It's a relief to see an actress steal the limelight in a meaty part and @RevathyAsha is a delight to watch in the film.

#Gulaebaghavali 1st half - Set in the world of thieves & frauds. Super Fun for the most part. @PDdancing's #Guleba song is ultimateðŸ‘Œ @RevathyAsha characterization is something new for the veteran. @ihansika looks super glamorousðŸ”¥

It's not quite there in terms of both writing and execution, but #Gulaebaghavali is quite funny, with the cast, especially @RevathyAsha, having a ball. A pleasant surprise, like #MaragathaNanayam last year. Could be the dark horse among the three Pongal releases. ðŸ‘

#Gulaebaghavali is a slapstick fun ride with lots of humour and a bus load of comedians. @RevathyAsha simply steals the show with such perfect comic timing. @PDdancing dances like a Dream @ihansika is perfect eye candy. Enjoyable! @kjr_studios

In #Gulaebaghavali 2nd half, Rajendran's mother sentiment comedy stands out. Overall, it's a madcap heist comedy with many comedy actors, an in-form @PDdancing, unexpected @RevathyAsha & a fab looking @ihansika. Has many LOL moments. Watch it for some Jolly Timepass. @kjr_studios

#Gulaebaghavali is a jolly good entertainer. @revathyasha's surprise characterization and Motta Rajendran's Amma sentiment portions are the highlights. And of course the addictive #Guleba track in @pddancing's flawless dance moves.

Celebrities' Wishing Tweets for the team.

Best wishes to you @ihansika and the whole team master ðŸ˜Š was a super fun ride ! #Gulaebaghavali https://t.co/AFOY1cVA7b

Wishing @ihansika and the rest of the crew for #Gulaebaghavali all the best ...