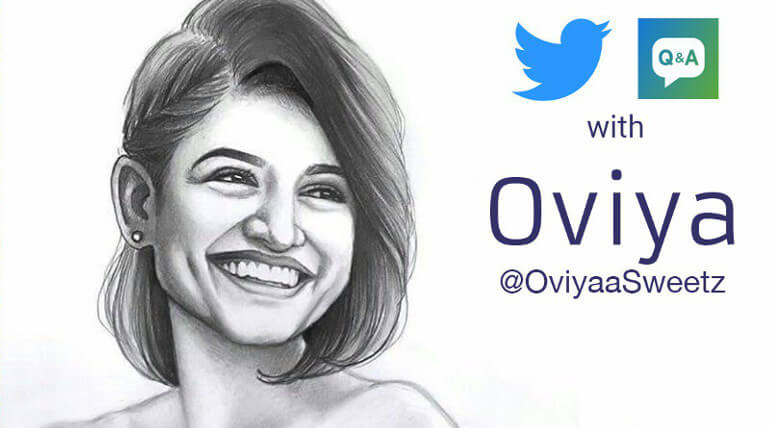 Oviya, an actress who has been so popular after the Bigg Boss show is busy with some movies now. She is currently busy shooting for the popular film series Kanchana 3 with Raghava Lawrence.

The reality show hosted by 'Ulaganayagan' Kamal Haasan had made several contestants popular including Oviya, Raiza, Harish Kalyan, Aarav, Snehan, Bharani and others. Among them Oviyaa had become darling contestant to several fans with her love, straight forward and out spoken behaviour.

Despite several days after the Bigg Boss season 1 completed, craze for Oviya is still among the fans. Now she had come up with surprising announcement to make her fans happy. Yes, she will be on live chat in her twitter page on December 20th at 8 pm. Oviya shared "I'm so excited!!!"

Oviya Visits Shop That Supported Her During Bigg Boss